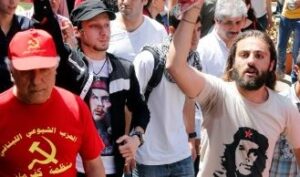 Slightly more than 20 years, I wrote the article “Why Socialism Failed” and it appeared in 1995 in The Freeman, the flagship publication of the Foundation for Economic Education. I think it was the first essay or op-ed I wrote for a general audience following graduation in 1993 from George Mason University with a Ph.D. in economics. Note that the title of the article (“failed”) implied the past tense, as if I perhaps assumed the failures of socialism were so apparent and obvious (I called it the Big Lie of the 20th century) that it would be forever considered only as a discredited system of the past, and never as a viable option going forward into the future! Of course, at the time many parts of the world were moving away from collectivism and central planning and towards free market capitalism – the Soviet Union collapsed in 1991, the Berlin Wall came down in 1989, and China was opening up its economy and re-established the Shanghai Stock Exchange in 1990, etc.

Given the recent resurgence of socialism, especially as it is now being embraced by young Americans, I thought it might be a good time to re-visit my 1995 essay to review why socialism: a) failed in the 20th century, b) is failing in the 21st century (e.g. Venezuela, see photo above), and c) will always fail. And that’s because it’s a flawed system based on completely faulty principles that aren’t consistent with human behavior and can’t nurture the human spirit.

Here’s are some excerpts of my 1995 essay “Why Socialism Failed”:

1. Socialism is the Big Lie of the twentieth century. While it promised prosperity, equality, and security, it delivered poverty, misery, and tyranny. Equality was achieved only in the sense that everyone was equal in his or her misery.

In the same way that a Ponzi scheme or chain letter initially succeeds but eventually collapses, socialism may show early signs of success. But any accomplishments quickly fade as the fundamental deficiencies of central planning emerge. It is the initial illusion of success that gives government intervention its pernicious, seductive appeal. In the long run, socialism has always proven to be a formula for tyranny and misery.

A pyramid scheme is ultimately unsustainable because it is based on faulty principles. Likewise, collectivism is unsustainable in the long run because it is a flawed theory. Socialism does not work because it is not consistent with fundamental principles of human behavior. The failure of socialism in countries around the world can be traced to one critical defect: it is a system that ignores incentives.

In a capitalist economy, incentives are of the utmost importance. Market prices, the profit-and-loss system of accounting, and private property rights provide an efficient, interrelated system of incentives to guide and direct economic behavior. Capitalism is based on the theory that incentives matter!

Under socialism, incentives either play a minimal role or are ignored totally. A centrally planned economy without market prices or profits, where property is owned by the state, is a system without an effective incentive mechanism to direct economic activity. By failing to emphasize incentives, socialism is a theory inconsistent with human nature and is therefore doomed to fail. Socialism is based on the theory that incentives don’t matter!

2. The strength of capitalism can be attributed to an incentive structure based upon the three Ps: (1) prices determined by market forces, (2) a profit-and-loss system of accounting and (3) private property rights. The failure of socialism can be traced to its neglect of these three incentive-enhancing components.

3. By their failure to foster, promote, and nurture the potential of their people through incentive-enhancing institutions, centrally planned economies deprive the human spirit of full development. Socialism fails because it kills and destroys the human spirit–just ask the people leaving Cuba in homemade rafts and boats [and those waiting in long lines today in Venezuela struggling, and often failing, to buy food].

4. The temptress of socialism is constantly luring us with the offer: “give up a little of your freedom and I will give you a little more security.” As the experience of this century has demonstrated, the bargain is tempting but never pays off. We end up losing both our freedom and our security.

Socialism will remain a constant temptation. We must be vigilant in our fight against socialism not only around the globe but also here in the United States.

The failure of socialism inspired a worldwide renaissance of freedom and liberty. For the first time in the history of the world, the day is coming very soon when a majority of the people in the world will live in free societies or societies rapidly moving toward freedom.

Capitalism will play a major role in the global revival of liberty and prosperity because it nurtures the human spirit, inspires human creativity, and promotes the spirit of enterprise. By providing a powerful system of incentives that promote thrift, hard work, and efficiency, capitalism creates wealth.

The main difference between capitalism and socialism is this: Capitalism works.

In Case You Missed It:  THEY HAVE IT ON TAPE! Kevin McCarthy Told GOP Leaders Twitter and Big Tech Needed to Strip Accounts from Fellow GOP Lawmakers — AFTER CUTTING VIDEO AGAINST CENSORSHIP!
Posted in Tyranny and tagged Democrats, Leftists, Marxism, Socialism.

Dr. Andrew Kaufman Appears on The HighWire with Del Bigtree

Dr. Andrew Kaufman made an appearance on The HighWire and was interviewed by Del Bigtree.  This interview exposes the misinformation,...