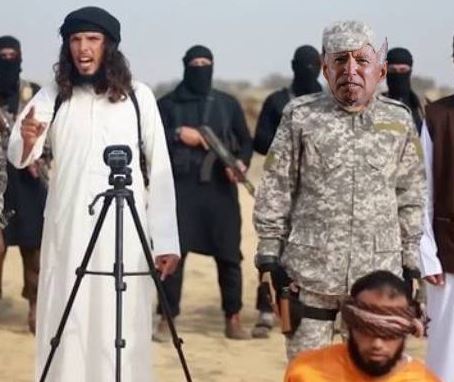 Biden has developed a reputation for saying things that come back to hurt him later or simply make him look strange, silly, in a questionable state of mind, or incite people to frustration in a politically unhelpful way. A recent series of remarks from Biden illustrates this again as according to the Christian Post, Biden praised Islam and

Democrat presidential hopeful Joe Biden said Monday that he wants schools in the U.S. to teach more about Islam and claimed that there is an “unconscionable rise in Islamophobia” under the Trump administration.

“I wish we taught more in our schools about the Islamic faith,” Biden, a Catholic, said during his video remarks played at the “Million Muslim Votes” summit organized by the Muslim American political action committee Emgage Action.

Emgage Action boasts of being the “political home for Muslim Americans” and endorsed Biden in April after initial endorsing Sen. Bernie Sanders, I-Vt., in the Democratic presidential primary.

“Donald Trump has fanned the flames of hate in this country, across the board, through his words, his policies, his appointments, his deeds and he continues to fan those flames,” the 77-year-old Biden, who served as vice president under former President Barack Obama, said. “Under this administration, we have seen an unconscionable rise in Islamophobia, including kids being bullied at school and hate crimes in our communities.”

Biden also claimed that Trump “has named people with open Islamophobia … who have no business serving in high positions in our government to key leadership roles in our Department of Defense [and] the U.S. Agency for International Development.”

“It is an insult to our values, it weakens our standing in the world,” Biden said. “What message does this send to the rest of the world?”

Despite calling out administration officials he accused of being Islamophobic, Biden mentioned nothing in his speech about confronting the presence of radical Islamic extremist groups that are responsible for the killing of thousands around the world.

Biden praised Emgage Action for its effort in getting 1 million Muslim voters to show up to vote in November.

“You are doing what has never been done before,” Biden said. “It matters. Your voice is your vote. Your vote is your voice.”

Biden admitted that the voice of Muslim Americans have not always been recognized or represented in the fashion that “it deserves.” (source)

In Case You Missed It:  Bidenomics: US To Totally Collapse after Dollar Collapses
Posted in Terrorism and tagged Islam, Jihadists, Quran, Terrorism, Usurper Joe Biden.

Pan-African studies are “the intellectual arm of the revolution,” the unrepentant communist Angela Davis triumphantly told students at California State...