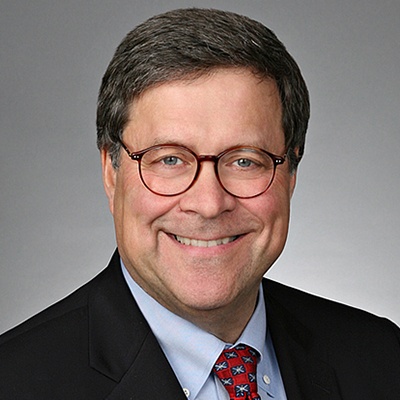 A relatively little-discussed outcome of Attorney General William Barr’s appearance before the House Judiciary Committee last week was the prodding by Democrat questioners over the time frame for the release of the findings in U.S. Attorney John Durham’s Russia collusion origins investigation.

Rep. Debbie Mucarsel-Powell (D-Fla.) demanded that Barr commit under oath to not releasing the report before the election, ostensibly because Democrats believe it would be a political move, but more likely because they know it would be devastating to their candidate.

“Under oath, do you commit to not releasing any report by Mr. Durham before the November election?,” Mucarsel-Powell asked Barr.

“So you won’t go by Department of Justice policy that you won’t interfere in any political investigation before the November election?” Mucarsel-Powell asked.

“We won’t interfere,” Barr told her. “In fact, I made it clear I’m not going to tolerate it.”

Should Durham conclude his investigation and decide to release his findings before the election, it could have the effect of being the GOP’s October surprise. Of course, the Democrats want it be politically motivated, but as Barr noted, the findings will be released when Durham’s ready to release them. And Georgia Republican Representative Doug Collins says that’s perfectly reasonable.

“Crime is crime,” Collins said, “and what we’re seeing from Durham is, he is investigating criminal activity and if he comes up with the evidence and he’s ready to bring an indictment, it needs to be brought now.

“Remember, what he’s investigating was the interference by the Department of Justice under President Obama going into the 2016 election,” he continued. “Is there not a better time to actually expose this, and expose the corruption going on in the previous election, [than] before we actually have another election?

“He has every right to get that out, because a crime is a crime and that’s what he needs to look at,” Collins concluded.

“They know it,” Collins said. “Now it’s just a matter of holding them accountable for it and seeing where we can go from there.”

Given all that, it’s obvious why Democrats are seeking promises from the attorney general not to release what is sure to be a damning indictment of the last administration, of which their current presidential candidate was a high-ranking member. But Durham’s decision to release his findings — whenever that may be — should not be criticized as political maneuvering, even if it has the same effect.

The American people have a right to know what they were living under for 8 years. If the timing to expose that corruption is inconvenient for Democrats, that’s far less important than the findings themselves.

By Sharyl Attkisson At least once a day, I find myself taking a breath and silently marveling over the outrageous fact...