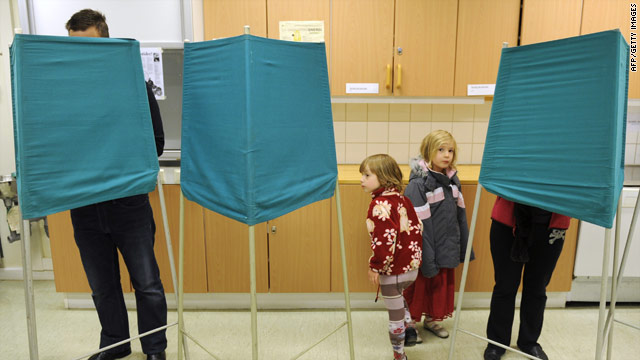 After all, Europe opened its schools, and moved on from COVID. Very few, if any, seeded their nursing homes with COVID patients by government fiat.

And while we’re on Europe, there’s something else Europe knows:

Mail-in ballots are a disaster.

In the European Union, 63% have put a ban on mailing in ballots except for citizens living overseas. Another 22% have imposed a ban even for those overseas. And most of those that allow mail-in ballots require some form of photo ID to get one, according to the report from the Crime Prevention Research Center shared with Secrets.

“These countries have learned the hard way about what happens when mail-in ballots aren’t secured. They have also discovered how hard it is to detect vote buying when both those buying and selling the votes have an incentive to hide the exchange,” said author John R. Lott, the center’s president.

While politicians in the United States have been debating the pros and cons of mail-in voting due to concerns of spreading COVID-19 at the polls and new reports of postal service and vote counting issues, Lott, whose center is known for its gun research, built a voting database of the European Union and the larger Organization for Economic Co-operation and Development countries.

Paul Bedard at the Washington Examiner has a very good report here.

Based on this report, apparently quite a few of them have seen what mail-in balloting can do to the integrity of an election and want no part of it. Maybe they experienced it firsthand, maybe they saw it in others. Whatever it was, they passed laws to make sure it wasn’t their country that got enmired in it. The potential for ballot-box stuffing, vote-harvesting, and lost and ‘found’ ballots was incredible, as was the possibility of elections extending on and on and on and on as officials tried to get all votes gathered and counted. The post office was duly noted as a potential political vehicle for determining whose vote got counted and whose didn’t, and several other potential problems were noted. Democrats and their media allies are continuously screeching that there’s no risk to wide-scale mail-in ballots but numerous cases on the books now tell a different story.

Why does Europe understand this and Democrats don’t? Well, the easy reason is that Democrats plan to cheat. But as for Europe, well, lefties still can win elections honestly which may have made all sides want a fair process. Also, most European states are ex-monarchies turned democracy at some point and still value the importance of the integrity in elections. With many Democrats embracing the cynical Chavista socialist dictatorship-in-democracy’s-clothing model, there’s nothing they can recognize in why Europe prioritizes keeping democracy alive and believable for them. They just want to win at any cost and shut the gate to any other party taking power afterward.

The GOP would do well to wave this in their dishonest faces.

In Case You Missed It:  Musk drops ‘Twitter Files 2.0’, revealing top conservative figures who were placed on ‘blacklists’
Posted in Freedoms and tagged Democrats, Election, Europe.

Bills that genuinely promote the common good typically don’t get rushed to passage under the cover of night on strict...