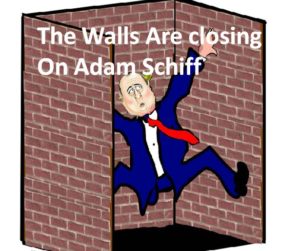 In a rare rebuke, Senators Ron Johnson (R-WI) and Chuck Grassley (R-IA) this week sent a letter to top Democrats accusing them of spreading disinformation on foreign intel.

Claiming that for the past four years they have “promoted and amplified the false narrative that the Trump campaign ‘colluded’ with Russia,” Johnson and Grassley wrote, claiming that the Democrats have “pushed this false narrative even though, behind closed doors, [they] repeatedly saw and heard evidence to the contrary.”

“It is certainly our goal to eradicate foreign influence from our elections,” the Senators wrote. “But your use of this issue to knowingly and recklessly promote false narratives for political purposes is completely contrary to that goal.”

Last month top Democrats in both the House and Senate wrote a letter to the FBI asking the bureau to provide Congress with a counterintelligence briefing on a so-called ‘concerted foreign interference’ campaign targeting Congress and the 2020 election.

Johnson and Grassley pushed back and said the Democrats are purposely leaking information and spreading disinformation to muddy the election.

Schiff has repeatedly claimed he has concrete evidence Trump colluded with the Russians, however he has never produced any evidence to back up his outrageous claims.

In Case You Missed It:  The CDC lied and children died: Now come the lawsuits
Posted in Freedoms and tagged Democrats, Propaganda.

Russia Hoax: Are We All Being Played? Put Up Or Shut Up!

Authored by Sara Carter via SaraACarter.com, Many people have asked me why I haven’t written a book since the start of...