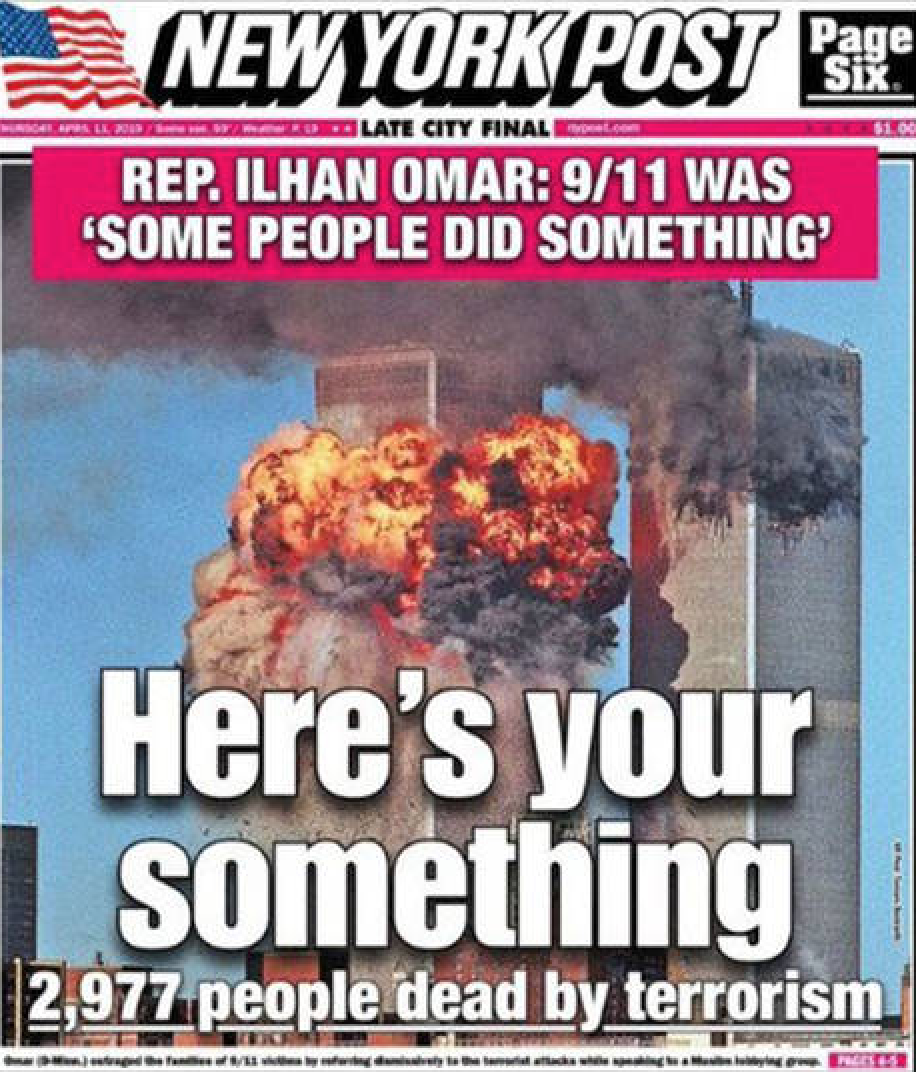 On this day… 19 years ago 2,977 people inside the United States were murdered by Islamic terrorist following their death cult and crashed passenger jets into buildings on the east coast killing thousands in the name of Islam.

In one single moment life will never be the same as multiculturalism was invited into the USA and thousands ended up dead to the the satanic death cult called Islam.

The 19th anniversary of 9/11 has been the nation’s darkest in this dreaded cycle.

The Black Lives Matter riots that attacked the statues of George Washington, Thomas Jefferson, Christopher Columbus, and Abraham Lincoln, did not spare 9/11 memorials.

The statue of a police officer was beheaded and toppled in  Plymouth, MA at a 9/11 memorial honoring those who had died in the attacks. But the 2,000 pound steel beam from the World Trade Center proved beyond the ability of the vandals to topple.

When Black Lives Matter racists defaced statues and memorials in the Boston Common, including the ‘Glory’ regiment, they didn’t spare the 9/11 memorial in the Public Garden.

A 9/11 memorial honoring five fallen firefighters was defaced and the American flagpole was cut down in Washingtonville, NY,.There was also vandalism at the Decatur, IL memorial site, and a red, white and blue rearing horse 9/11 memorial in Rochester, NY was smeared with red paint.

Beyond the radical attacks on the monuments of September 11 were the attacks on its heroes.

The NYPD has suffered its worst days since 9/11 with over 400 officers injured in the BLM riots. Police and firefighters went from the heroes of a nation to being smeared as soulless monsters.

“I could see no difference between the officer who killed and the police who died, or the firefighters who died,” Ta-Nehisi Coates, an intellectual godfather of Black Lives Matter, wrote, “They were not human to me. Black, white, or whatever, they were the menaces of nature; they were the fire, the comet, the storm, which could — with no justification — shatter my body.”

The West has been inundated with people who hold to the same ideology as that of the Muslim hijackers on 9-11. Meanwhile, the social media giants are moving quickly to stifle all realistic appraisals of the jihad threat as “hate speech.” They allow only one point of view to be heard: that which claims that Islam is a religion of peace and that mass Muslim migration into the West will have only a benign effect.

Here are six statements which can easily be verified.

Islam authorises the deception of non-Muslims in the cause of Islam.

The MB’s main front group is the Council on American-Islamic Relations (CAIR).

It was deception: Islam means “Submission”.

The deception of Bush has been a very successful propaganda coup.

Will any media relate these statements?

D.C. Mayor Muriel Bowser last week unsuccessfully tried to shift the political blame to the U.S. Attorney’s Office in the...