Conservatives are condemning a Washington Post article Tuesday suggesting that Supreme Court nominee Judge Amy Coney Barrett should be questioned during her confirmation hearings next week on her connections with a religious group. 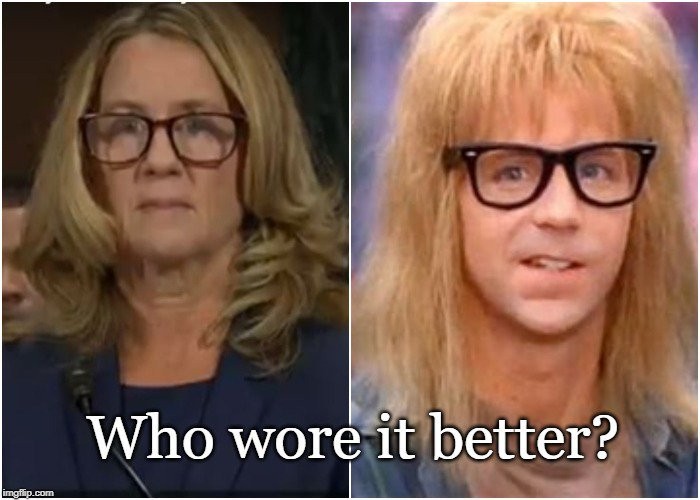 “The Brett Kavanaugh sleaze machine is back,” said Judicial Crisis Network’s Carrie Severino in a morning tweet today, adding that Senate Majority Leader Mitch McConnell is “exactly right: The Democrats and their liberal allies think Judge Barrett is ‘too Christian’ or ‘the wrong kind of Christian’ to be a good judge. That is rank bigotry, and it has no place in our country.”

Severino referred to an Oct. 6 Washington Post article, “Amy Coney Barrett served as a ‘handmaid’ in Christian group People of Praise.” The story examines Barrett’s connections to the religious group and suggests that her association with People of Praise might be examined in her upcoming hearings.

“Barrett’s ties to the group, which has conservative stances on the role of women in society and other social issues, did not come to light until after she was questioned by senators considering her nomination to the U.S. Court of Appeals for the 7th Circuit in 2017,” The Post reported. “Senators are preparing to question her next week over her nomination to the high court.”

Conservatives pointed out that The Washington Post continues to attach negative meaning to the word “handmaid,” a biblical word that has been used in religious contexts to describe women for thousands of years.

“The word ‘handmaid’ appears dozens of times in the King James Bible,” McConnell said in a statement. “It was good enough for the Virgin Mary. But now, because one liberal author put it in the title of an anti-religious novel in the 1980s, the press tries to imply that one of the most brilliant and powerful women in the legal world is anti-woman.”

“It’s no coincidence that people who don’t like originalism are basing their understanding of the word ‘handmaid’ on a novel from the 1980s,” tweeted Christopher Scalia, director of academic programs at the American Enterprise Institute and son of the late Supreme Court Justice Antonin Scalia.

“You know what’s the most ironic? The whole fake ‘handmaiden’ trope suggests she is against women in leadership, when she is fighting to lead, but the left has their foot on her neck trying to keep her down,” tweeted Concerned Women For America founder Penny Nance.

“Democrats are laundering their (admittedly weak) anti-religious smear of Amy Coney Barrett through Emma Brown, the same reporter they used to launch their massive and media-coordinated anti-Kavanaugh operation that so many Americans found so despicable,” Hemingway tweeted.

Brown did not immediately respond to a request for comment from the Daily Caller News Foundation.

Catholic Vote condemned the story as well, saying: “This disgusting attack on Catholics could have been written in the 1830’s. The Washington Post is suggesting that Judge Barrett’s religious faith should be on trial during her confirmation. Democrats playing with fire.”

Media and Democratic attacks on the Supreme Court nominee have sparked a backlash with both conservatives and Republican lawmakers. The Judicial Crisis Network has launched several ads in Barrett’s defense: “Stop The Bigotry,” an ad that calls for an end of attacks on Barrett’s faith, and “JFK,” in which former President John F. Kennedy warns against anti-Catholic attacks.

A Morning Consult and Politico poll released Wednesday found that voters are increasingly backing the confirmation of Barrett. Almost half, 46%, of voters polled between Oct. 2 and 4 said that the Senate should confirm Barrett. These numbers were up 9 percentage points since Trump first announced he was nominating Barrett on Sept. 26, according to the poll.

Content created by The Daily Caller News Foundation is available without charge to any eligible news publisher that can provide a large audience. For licensing opportunities of our original content, contact [email protected]

In Case You Missed It:  Russia transitioning from “special operation” in Ukraine to taking aim at all of NATO in sweeping “demilitarization” move
Posted in Freedoms and tagged Congress, Conservatism, Constitution, Foundry, Freedom, Governments, United Socialist States of America.

BREAKING: Joe Biden is the Subject of Federal Criminal Investigation Into His Role in Spygate and Activities in Ukraine

By Cristina Laila Joe Biden is now the subject of an active federal criminal investigation into his role in the...