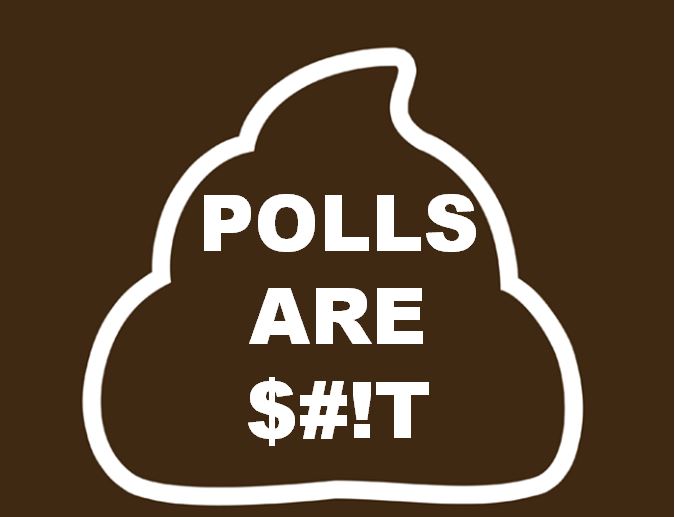 The deception polling game has blanketed the country with ‘Biden is way ahead’ and ‘It will take a miracle for Trump to win.’  Most of the media does and pollster gurus act like they are the 4th person of the Trinity.  They know what will happen and expect us ‘stupid people in America’ to understand Trump has already lost because of the telemarketer questions they ask at dinner time.

Just a small little thing that Americans already know is that pollsters don’t get real information by calling night and day into our homes.  Only this week, a prerecorded message called me at dinner time and even though it said ‘Hi, this is Donald Trump’….and went on with the push to vote, I hung up because I was busy, didn’t want a pitch or interruption and already knew I was a Trump supporter and had already voted for him.

The truth is, masses of people see the greatness in President Trump, his courage, brilliant and fair leadership.  Most people with a brain aren’t distracted or turned off when he stands against attacks and liars while appearing gruff.  Whoop-de-do, He loves America, God and is committed to stand against anyone or anything who would crush our freedom, greatness and ability to achieve.

The nation has watched Trump conquer fake news and assaults, over and over, while standing alone with little or no media help.  We have watched the deep state and Democrat on the slot of invented scandals and lies blow up in Biden and the Democrats faces.  It is like a ‘Ground Hog Day’ movie that never ends.

Americans these days are keeping their voting cards close to their chests and don’t intend to be accosted by most pollsters, really annoying telemarketers, nor give them their real and detailed thoughts at dinner time.  We see how the Democrat leftists handle different opinions with the endless riots, protests and criminal displays across the country.

America also sees, because it is all over now, that Hunter Biden was involved in money schemes, huge payments from China, Russia and elsewhere, where he was supposed to give Dad half the money collected, highly questionable. He was clearly using his Dad’s power as Vice President and doing all the wrong things.  We also can see with all of the email and communication evidence trails that Joe Biden lied about knowing or being told about his son Hunter’s dealings and ethical, national security risks.  It is clear however, that he was told and lied to all of us about knowing anything.  It’s simply called…‘corrupt, lying, politician’ who plans to carry this lying, smooth and deceptive style of behavior to the White House if given a chance.  America won’t give ‘lying Joe’ that chance.

Christians, don’t get seduced by the teleprompter lies of Biden and Kamala about them being anything Christian

Christians, don’t get seduced by the teleprompter lies of Biden and Kamala about them being anything Christian.  Talk is cheap and Satan knows more Bible scriptures than anyone.  That doesn’t mean he is a Christian.  What do they happily stand for all through both of their careers, but high taxation, big, controlling Government, gay marriage, all kinds of abortion, open borders and rewarding illegal immigration, trashing our real history and using schools as propaganda machines?  Soon after their election, the 2nd amendment would be assaulted along with the 1st amendment if you are a real Christian or conservative.

Vote, the rough, sincere, committed and real Christian, Donald Trump in again.  Don’t be fooled by teleprompter dressing from hell.

Get ready pollsters, mass media, deep state and Democrats to watch once again the real votes of the American people who really aren’t the stupid fools Democrats and Biden think they are.  Trump will win by such a huge margin that the mail in ballot schemes where Dems can call in a victory later will appear ‘dumber than a post’ and more desperate and foolish than the rotten wood they built it with.

We intend to keep our God at the helm, not replace God with Biden and Kamala.  We intend to secure our freedom safety, moral traditions and ability to achieve, not lie in shame, failure and Godlessness.

Pray, believe, vote right and watch the power and miracle of God work yet again and create a bold, Trump victory.  I have no doubt what is coming.  I don’t bow down to lies, political corruption, immorality and shame.  Don’t you either.

Buckle up: Hunter Biden laptop scandal may be about to get a whole lot worse