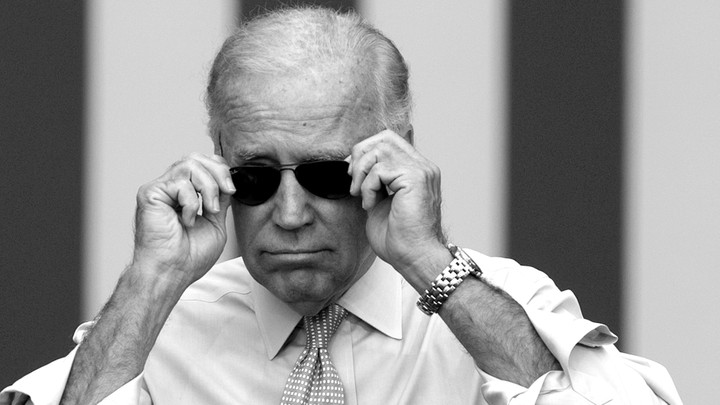 Is Joe Biden a presidential candidate or the godfather of a mafia-style crime family?

It looks like the latter, based on the latest revelations from Hunter Biden’s abandoned MacBook Pro computer, which at this point has so many damning revelations coming from it it’s starting to remind me of the captured FARC computer of 2007.

The latest emails reveal a man obsessed with getting his payment cut for “introductions” to people like his dad, not just with the Ukrainians, but the Chinese, to the tune of tens of thousands, if not millions of dollars.

Hunter in fact drove a hard bargain for his “introductions” to his father and perhaps others in the Obama administration and the cash rolled in. And American foreign policy became quite the object out there for sale. Imagine this machine scarfing up cash, and combine it with the Clinton and maybe Obama poltical machines also scarfing up cash from third world satraps eager for an audience.

More ominous still, the cash wasn’t all for Hunter. Joe Biden apparently got some, quite a director’s cut really, making Hunter Biden look like a cog in a family syndicate, the hapless, schlemiel-like Fredo in the operation …  who answers to “the Big Guy.”

Hunter Biden pursued lucrative deals involving China’s largest private energy company — including one that he said would be “interesting for me and my family,” emails obtained by The Post show.

One email sent to Biden on May 13, 2017, with the subject line “Expectations,” included details of “remuneration packages” for six people involved in an unspecified business venture.

The emails indicate that Hunter was to receive an annual salary of $850,000. Somewhere on the planet there is a greedier person than Hunter Biden, but you would have to look hard to find him. But of course, no one cared then, or now, about Hunter.

In addition, the email outlined a “provisional agreement” under which 80 percent of the “equity,” or shares in the new company, would be split equally among four people whose initials correspond to the sender and three recipients, with “H” apparently referring to Biden.

So Joe Biden was “the big guy”? This is looking shadier and seedier by the minute. Who knew a corrupt old fool like Joe Biden could be “the big guy” in a crime syndicate? The arrangements described speak of ten percent, which is a running joke in the third world, and has been for years.

According to New York Times correspondent Keith Richland, in his book on third world corruption, “Out of America,” ten percent has quite a few connotations:

So endemic is African corruption–and so much more destructive than its Asian counterpart–that the comparison has even spawned a common joke that goes like this:

An Asian and an African become friends while they are both attending graduate school in the West. Years later, they rise to become the finance minister of their respective countries. One day, the African ventures to Asia to visit his old friend, and is startled by the Asian’s palatial home, the three Mercedes-Benzes in the circular drive, the swimming pool, the servants.

“My God!” the African exclaims. “We were just poor students before. How on earth can you afford all this?”

And the Asian takes his African friend to the window and points to a sparkling new elevated highway in the distance. “You see that toll road?” says the Asian, and then he proudly taps himself on the chest. “Ten percent.” And the African nods approvingly.

A few years later, the Asian ventures to Africa, to return the visit to his old friend. He finds the African living in a massive estate, sprawling over several acres. There’s a fleet of dozens of Mercedes-Benzes in the driveway, an indoor pool and tennis courts, an army of uniformed chauffeurs and servants. “My God!” says the Asian. “How on earth do you afford all this?”

This time, the African takes his Asian friend to the window and points. “You see that highway?” he asks. But the Asian looks and sees nothing, just an open field with a few cows grazing.

“I don’t see any highway,” the Asian says, straining his eyes.

At this, the African smiles, taps himself on the chest, and boasts: “One hundred percent.”

So Joe, according to these documents was Mr. Ten Percent, too, same as the third world corruptocrats, but he got even greedier as time went by.

“I love you all but I don’t receive any respect and that’s fine I guess. Works for you apparently. I hope you all can do what I did, and pay for everything for this entire family for 30 years. It’s really hard but don’t worry, unlike Pop, I won’t make you give me half your salary.”

This corruption runs like a spider web, with Joe at the center of it, Fredo his hapless pawn, whimpering to his sister. The big guy always gets his cut, see, and not a thing Fredo can do about it.

One only hopes that this is a watershed event that will turn the voter tide toward Trump, whose family has no such history. What this shows is that a Biden presidency, with the White House for sale, would be actually rather dangerous, with the U.S. becoming more and more like an African dictatorship than a place of rule of law, should Joe Biden ever become president.

And the mafia comparisons don’t stop there. All godfathers have jealous rivals, and so does “the big guy,” surrounded as he is by ambitious and venomous wasps like Kamala Harris circling him and House Speaker Nancy Pelosi talking about re-setting transitions of power. Like a mafia don, he’d better hire a food taster, because guys like this have been known to get rubbed out.

In the meantime, President Trump should do all he can to make Biden’s family nickname stick. Trump calling him “the big guy” sounds like just the thing to make Joe Biden squirm.

In Case You Missed It:  Biden’s FBI Sends 25-30 Agents to Home of Pro-Life Author and Father of 7 – Arrest Him for Reportedly Protecting His Son from an Abortion Escort
Posted in Tyranny and tagged Crime, Usurper Joe Biden.

In a recent television appearance, I discussed my appointment to a presidential commission called “The Social Status of Black Men...