As the U.S. presidential election draws near, city governments and federal and local law enforcement across the country are preparing for social unrest around the elections on Nov. 03.

Reuters has learned that it’s not just the government, at all levels, preparing for what could be another round of chaos on the streets of big cities, but also corporate America has gathered intel that shows their storefronts could be in danger.

Reuters spoke with Aon Plc., the world’s largest insurance broker, who said many of their retail clients are mulling over the idea that they must prepare for social chaos around the elections.

Aon executive MaryAnne Burke said 70% of their retail clients had their stores boarded up in May and June during nationwide protests; many of them have already started, or will likely soon begin boarding up for a second time.

Gucci, H&M, Under Armour, and Apple refused to answer Reuters’ questions about their pre/post-election security plans – but more than two dozen security consultants, insurers, contractors, and store employees confirmed that some of these major retailers were “installing reinforced glass, hiring security guards or retaining on-call teams that barricade and board up buildings.”

The first round of social unrest, triggered by the police killing of George Floyd in late May, unleashed a tidal wave of anger, resulting in nationwide protests across top U.S. metro areas, including Minneapolis, Los Angeles, New York, Chicago, Portland, Atlanta, and Washington, D.C.

Jonathan Wood, a lead analyst at consultancy firm Control Risks, wrote in a recent assessment that “companies operating in the U.S. should anticipate the risk of social unrest and political violence to remain elevated before, during, and after the upcoming presidential election.”

“You’d be foolish to think the worst is over. We all watch the news,” said Bob Moraca, principal at Rock Security Group and former vice president of loss prevention for the National Retail Federation.

Threats of unrest were seen months before the George Floyd protests. We noted, as early as Mar. 30, retailers across the country boarded up storefronts due to the virus pandemic would unleash a socio-economic bomb. As history will show, the first round of riots were some of the worst in decades, if not in more than half a century.

For more clarity on what retailers are doing to prepare for the possible chaos surrounding the election, while no retailer directly told Reuters of their plans – the media outlet spoke with construction scaffolding provider Starr Industries, who said they’re on standby with major retailers in NYC to provide custom barriers around storefronts.

“Because of the election, they are worried that the same thing will happen,” said Marian Bobelea, Starr’s president. He would not say which companies retained on-call protection services.

Riot Glass founder Brad Campbell said his firm had installed specially reinforced windows at hundreds of U.S. retail stores ahead of the election.

“Everybody wants something done before the election,” said Campbell. 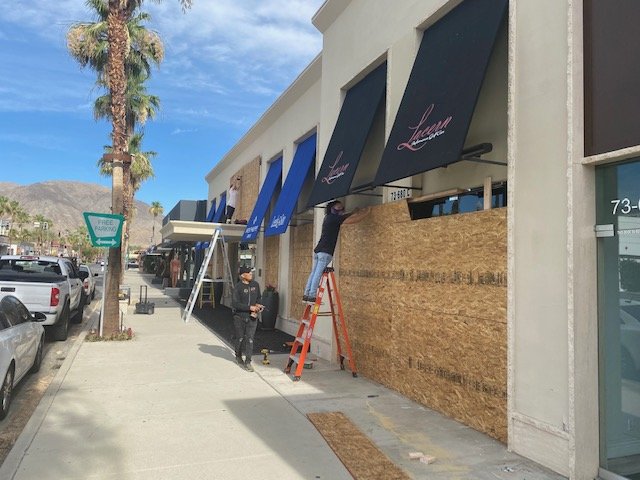 Alumatec Pacific Products, which provides retailers with security doors, told Reuters that demand from liquor stores and marijuana shops is surging ahead of November.

Not too long ago, we noted how DoJ and FBI have started preparing for a wide range of scenarios for “election night violence.”

Even ordinary Americans are “bugging out” of top metro areas ahead of the election – a chain of U.S. survival communities has “activated” camps for its members, stockpiled with an abundance of weapons and ammo, and years worth of food.

If the election is contested, as the latest Fund Manager Survey from BofA reveals, it wouldn’t just result in volatility in markets, but as we mentioned above, unrest on the streets. 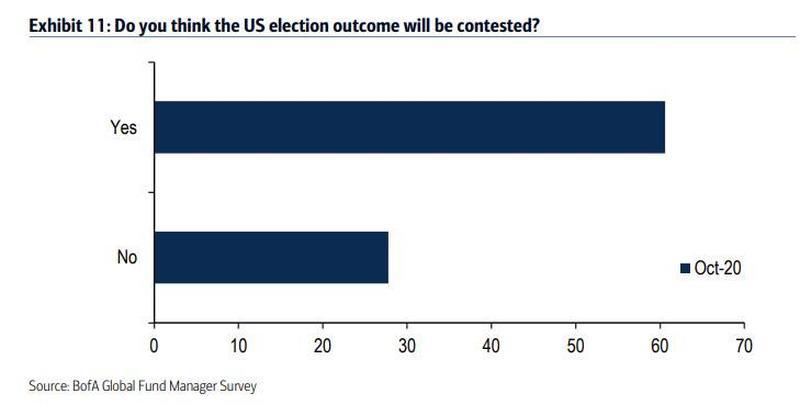 Hopefully election unrest in November is just over hype scaremongering – if not, then it certainly makes sense why everyone is preparing.

In Case You Missed It:  HUGE EXCLUSIVE: Archbishop Carlo Maria Viganò Calls on People of Faith to Unite in a Worldwide Anti-Globalist Alliance to Free Humanity from the Totalitarian Regime (VIDEO)
Posted in Tyranny.

The presidential election in 2016 reminded Americans of the role played by the Electoral College in electing our president. Proponents...