Imagine, for a moment, that the night of November 3rd, 2020, had gone a bit differently, with the circumstances reversed.

Fulton County told our observers last night to go home because they were closing up and then continued to count ballots in secret.

Imagine that the media was champing at the bit to call several states early for Trump, while refusing to call those states in which Biden was comfortably winning, giving the false perception of the comfortable lead that had been suggested by months of Trump’s leading the polls.  Then, imagine it had become clear that Joe Biden was surging to a comfortable lead in several closely contested swing states.  Now imagine that, after having stopped the counting of legal ballots in those states (due to the lateness of the hour and logistical challenges, we are told), hundreds of thousands of ballots mysteriously appeared in these states, and counted behind the curtain, with limited Democrat oversight, thus shifting the tide in Trump’s favor by the next day.

You don’t have to ponder that scenario long before concluding that the Democrats and the media would be claiming that the outcome of that election is illegitimate, and calling for investigations at the highest levels to audit the results, ensuring that each and every vote was verified as having been legally cast, with appropriate registration, postmark dates, signatures, etc.

the exact same ,method used in Venezuela, overnight false voting always 100% in favor of the socialist

I don’t think it’s possible to understate the following assertion: If it is proven that Democratic Party operatives illegally introduced hundreds of thousands of illegitimate ballots in order to swing an election in their Party’s favor, it will have been the single most dangerous crime in modern American history.

What are we talking about here, after all?  We aren’t just talking about the oftentimes phantom “voter suppression” that Democrats notoriously peddle, suggesting that requiring a photo ID or having to stand in line to vote amounts to it.  No, we are talking about disenfranchisement of the purest form, and the dissolution of trust in the most fundamental institution of the American republic.

They are stealing the election using the same handbook they used back home in Venezuela.

What's really incredible is that they are not being subtle with the cheating. Whole 100% Biden blocks are being added. It's statistically impossible. pic.twitter.com/NDnCzq6Q4G

In an almost prophetic moment after states stopped counting votes in key battleground states where he had a significant lead, Trump proclaimed: “We want all voting to stop. We don’t want to find any ballots at 4 A.M. in the morning.”

As expected, the Biden team, enjoying complete and total mainstream media support (interestingly, finding Fox News to be its most steadfast ally in this election), immediately began to lie and spin, suggesting that Trump was trying to “shut down the counting of duly cast ballots.”

That is, in fact, the precise opposite of what Trump said.  Trump wanted these states to continue counting the votes that had been duly cast.  He said that voting must stop, since the polls had closed, and he did not want any ballots that were “unduly” cast to mysteriously appear.

U.S. election this cycle looking more like something I’d expect from Venezuela.

The examples of this happening are too numerous to list here.  But for the sake of time, we’ll limit this discussion to Michigan, where, indeed, hundreds of thousands of new votes appeared overnight, overwhelmingly votes for Biden.  As poll watcher and attorney Kelly SoRelle reports from Detroit, three vehicles arrived at around 4 A.M., with “at least 130,000 ballots” which “were not delivered to the precinct before the cut off time” and that “literally 100% of those ballots” were votes for Biden. Amidst all of these allegations, rather than ramping up transparency, efforts have been made to limit access for GOP observers to the process.  Nonetheless, there are several reports of ballots being counted despite having no names on them.  James O’Keefe has released video of a whistleblower who reports that U.S. postal workers in Michigan were issued directives to back-date late mail-in ballots as received November 3rd, 2020, so they are accepted.”

There are so many crimes suspected to have occurred here that the severity of each of them may be lost in the deluge.  But I cannot help thinking about this in the appropriate context, despite the media efforts to downplay the high-level political crimes that are being alleged.

Exactly. In Venezuela they have cheated in every election. The result absolute power for an elite minority that destroyed their own country. Socialism is the ideology of mediocre people that oppress the rest to submission. Venezuela is a now one of the poorest country.

I think about this as it directly relates to the everyday American.  My wife and I, for example, aren’t anybody special. Chances are, neither are you.  We’re just regular Americans who work hard to provide for our families and raise our children to be good and productive citizens of this free nation, where our lives and liberty are protected as we pursue our own individual happiness.  You know, what we used to call the American Dream.

We do not riot in the streets to effect the change we want.  We vote.  And because we want the American Dream rather than promises of a socialist utopia administrated by government bureaucrats, we voted for Trump.

And if you are a Trump voter living in Michigan, the Democratic leadership of your state, if the above allegations are true, disenfranchised you and at least 129,999 of your political allies that supported the presidential candidate of your choosing.

Saw this today in Houston. pic.twitter.com/6U6f8UV4Gb

Here’s another question worth pondering.  Did you also vote for Republican Senate candidate John James, who also saw his lead disappear after these thousands of new ballots were introduced under the shroud of darkness?  At 3 A.M., James was up by about 60,000 votes.  By the following day, the Democratic incumbent had secured the votes needed to represent Michigan in the Senate.

There may be reasonable explanations for all of this. But to say that it isn’t a suspicious set of circumstances suggesting potential corruption can only be a lie, and, again, if the roles were reversed, the media and Democrats would be sparing no time or digital ink in screaming for a fair and thorough investigation. 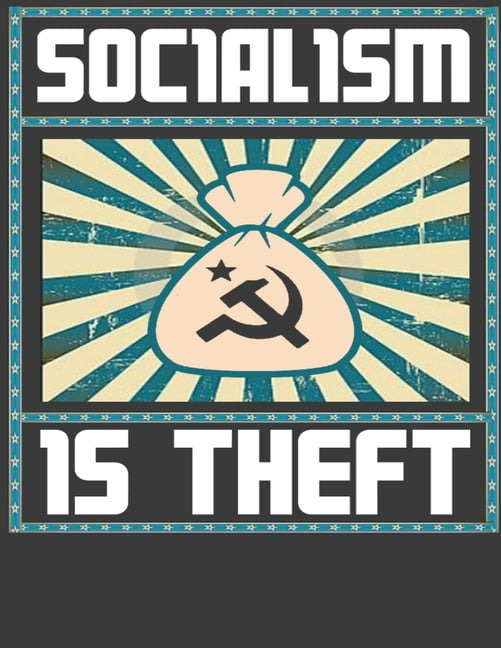 And that’s all that we Trump supporters and Republicans now demand — a fair and thorough investigation to discern the truth.

This is not just about Michiganders, to be clear.  This crime, if it is proven to be a crime, would have the potential to swindle every American people of their rightfully-elected president, in accordance with the United States Constitution, and possibly shifted the balance of power in Congress.  It would be nothing short of a conspiracy to destroy America.

Trump won Michigan by a slim margin of just over ten thousand votes in 2016. If Democratic operatives, colluding with the media and the leadership of the United States Postal Service, conspired to introduce hundreds of thousands of illegitimate votes in battleground states like Michigan, it is quite possibly the most dangerous crime in modern American history, and the word “sedition” does not seem too strong a word to describe it.  The objective moral chasm between such a crime and Watergate is as vast as the space between mass murder and jaywalking.

Time and evidence will tell, you may be assured.  President Trump has beaten back the many other attempted coups that the Democrats and media have foisted upon the American people over these past four years, and if you think he’ll do any less than exploring every nook and cranny for the potential evidence of a crime of this magnitude, you haven’t been paying attention.

In Case You Missed It:  China Is Now Covering Project Veritas’ Investigation Into Pfizer
Posted in Tyranny.

By Thomas Lifson "Democrats have been thinking about this for a long time…" —Tucker Carlson, November 5, 2020 I fully expect...