Regardless of where you stand on admitting refugees war-torn countries in war stared by Neocons such as George Bush and Barack Obama.  There is a certain irony in seeing this long-standing heated debate continue to unfold as we celebrate Thanksgiving that the the Pilgrims  were, after all, refugees of a sort as well. 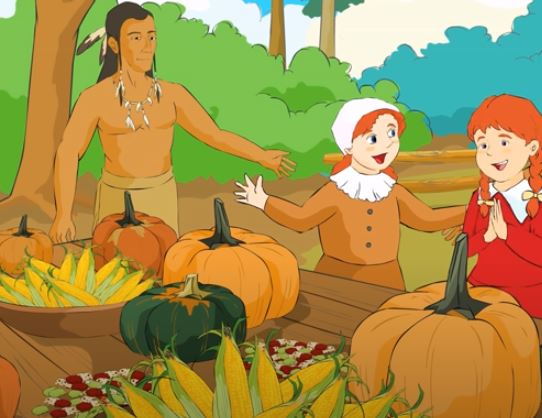 Unlike the leftist propaganda that will brainwash people to believe the first European to land on what today is USA, the left will claim they are invaders here to take the land from the Native Americans. But how are they so different from the refugees that come to the United States today, that they welcome with open arms?

The roughly 100 passengers who set sail aboard the Mayflower in 1620 in search of a better life, about a third were members of the Puritan Christians known as the English Separatist Church,. The group seen by the English King as radical. The pilgrims were forced to  flee from religious persecution after ceding from the Church of England, something the King considered “illegal”, then heading first to the Netherlands and eventually across the Atlantic to the New World.

By every definition the first Europeans to what today is the United State were refugees, not invading whites as the left would like you to believe.

Their ship ultimately landed on the shores of Cape Cod in what is modern-day Massachusetts, where its passengers founded the Plymouth Colony. The first winter was a rough one: nearly half the colony died from starvation and inadequate shelter.

The European refugees acquired crucial agricultural advice and survival skills from the area’s native inhabitants, and by the fall of 1621, had managed to scrape together enough food to at least marginally sustain themselves. The 53 remaining members of the colony famously celebrated a  harvest feast with members of the Pokanoket tribe, an event the basis for today’s Thanksgiving holiday.

Our harvest being gotten in, our governor sent four men on fowling, that so we might after a special manner rejoice together after we had gathered the fruit of our labors… many of the Indians coming amongst us, and among the rest their greatest king Massasoit, with some ninety men, whom for three days we entertained and feasted,” wrote Edward Winslow, one of the colony’s leaders.

The question is why do modern day liberals demonize the settlers, pioneers and pilgrims who came to America, to make a new life for themselves, people who were escaping horrible conditions and religious persecution. The alleged open armed liberals so accepting of refugees, why to they hate the European refugees so much?

Why does the left portray White Europeans  as blood lusting devils, who apparently had all the time in the world hunting and killing Indians for pleasure, as opposed to the struggle to survive in a new land as the refugees their are?

It’s clear that the material presented by the left today is a brainwashing tool, to divide Americans and to impose guilt on Americans, mainly White Americans.

Al Jazeera a Muslim owned Magazine labeled Thanksgiving a “thoroughly nauseating affair,” one that is “saturated with disgrace.” they said.   They claim the Pilgrims were genocidal toward Native Americans by their mass European immigration. But then push for mass Muslims immigration as refugees throughout the world.

Thanksgiving has become a significant part of our nation’s shared cultural inheritance. Though our customs have evolved over the years, Thanksgiving has retained a permanent connection to its origins with the Pilgrims of New England and for that, we can be thankful.

In Case You Missed It:  Germany preparing for electricity rationing to stabilize green power grid
Posted in Freedoms.

From the number of Pilgrims and Native Americans present at the first Thanksgiving to conflict in Congress over declaring it...