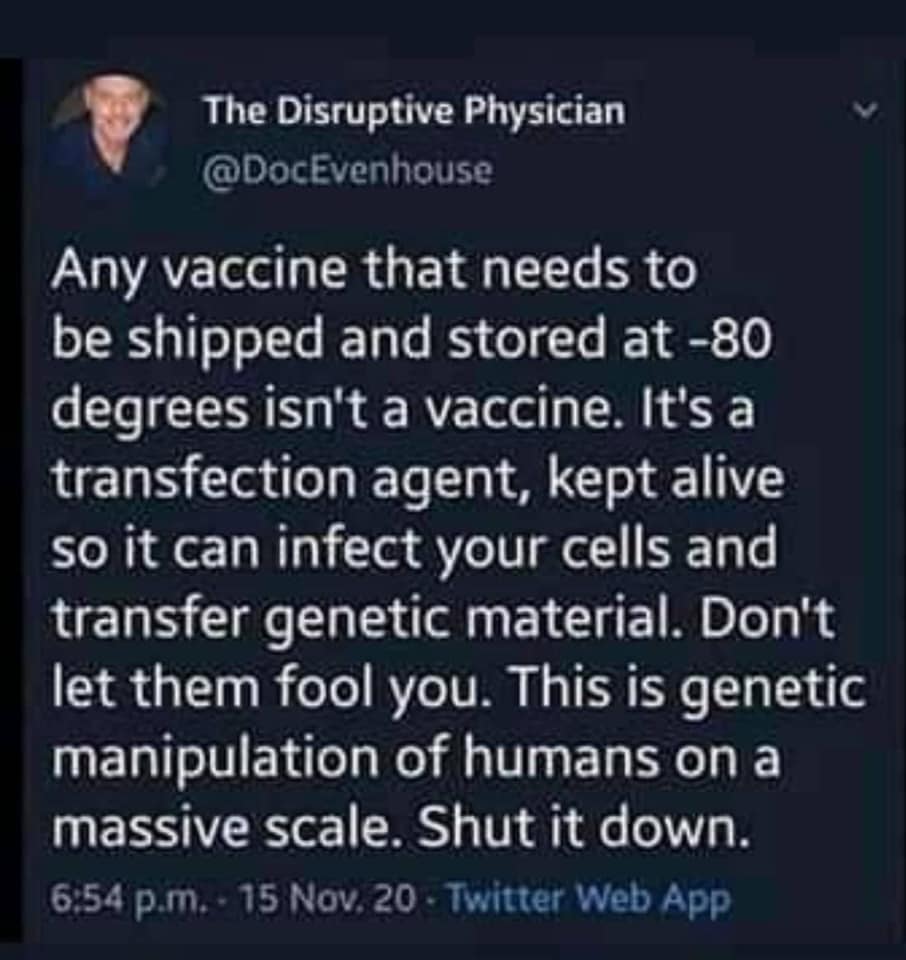 I would like to draw your attention urgently to important issues related to the next Covid-19 vaccination. For the first time in the history of vaccination, the so-called last generation mRNA vaccines intervene directly in the genetic material of the patient and therefore alter the individual genetic material, which represents the genetic manipulation, something that was already forbidden and until then considered criminal.

This intervention can be compared to genetically manipulated food, which is also highly controversial. Even if the media and politicians currently trivialize the problem and even stupidly call for a new type of vaccine to return to normality, this vaccination is problematic in terms of health, morality and ethics, and also in terms of genetic damage that, unlike the damage caused by previous vaccines, will be irreversible and irreparable.

Dear patients, after an unprecedented mRNA vaccine, you will no longer be able to treat the vaccine symptoms in a complementary way. They will have to live with the consequences, because they can no longer be cured simply by removing toxins from the human body, just as a person with a genetic defect like Down syndrome, Klinefelter syndrome, Turner syndrome, genetic cardiac arrest, hemophilia, cystic fibrosis, Rett syndrome, etc.), because the genetic defect is forever!

This means clearly: if a vaccination symptom develops after an mRNA vaccination, neither I nor any other therapist can help you, because the damage caused by the vaccination will be genetically irreversible. In my opinion, these new vaccines represent a crime against humanity that has never been committed in such a big way in history. As Dr. Wolfgang Wodarg, an experienced doctor, said: In fact, this “promising vaccine” for the vast majority of people should be FORBIDDEN, because it is genetic manipulation! ”

Note: messenger RNA or mRNA is the ribonucleic acid that transfers the genetic code of the DNA of the cell nucleus to a ribosome in the cytoplasm, that is, the one that determines the order in which the amino acids of a protein bind and act as a mold or pattern for the synthesis of that protein.

Demand for sub-zero freezers has erupted over the last month following encouraging COVID-19 vaccine developments from Pfizer and the German firm BioNTech.

The Pfizer-BioNTech vaccine has to be stored at -70 degrees Celsius.

Pastor and Rabbi Work to End Persecution of Christians in Africa

Radical Muslims are persecuting thousands of Christians in the West African nation of Nigeria. Much of the Western world knows...