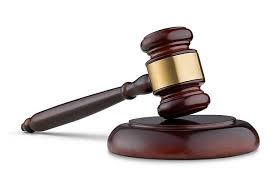 On the same day that Arizona certified former Vice President Joe Biden as the winner of the state’s 11 electoral...