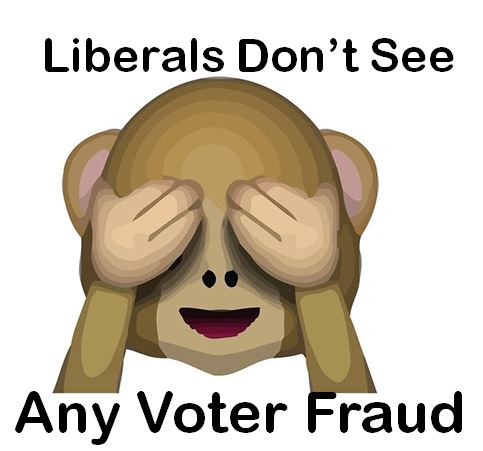 On November 14, the U.S. edition of The Guardian ran an article by Harvard Law professor Laurence H. Tribe headlined “Republicans are playing with fire.  And we all risk getting burned.”  Tribe claimed that there is “no evidence” so far of systemic fraud in the 2020 presidential election.

The next day on FNC’s Fox News Sunday, Mr. Tribe and Judge Kenneth Starr discussed the president’s legal challenges to the election.  It’s an interesting exchange, and one can watch it here and here.  In this writer’s opinion, Mr. Starr was the more persuasive, for Tribe again claimed “there is nothing in his [Trump’s] arguments and no evidence to back them.”

Immediately after Tribe’s claim, FNC’s moderator quoted a November 12 joint statement put out by the Cybersecurity & Infrastructure Security Agency (CISA), a division of the DHS: “There is no evidence that any voting system deleted or lost votes, changed votes or was in any way compromised.”  The CISA’s statement is quite short, and it should be read with a jaundiced eye.  There are no links to web pages that explain its methodology and how it arrived at its conclusion that the 2020 election is “the most secure election in American history.”  But that’s not saying much, given America’s long history of election fraud.

But this article isn’t about rhetoric; it’s about evidence, and there is “no evidence” that the vote counts in the 2020 presidential election are correct.  But then no one can produce evidence to demonstrate what the legitimate vote counts were in any presidential election, at least within any reasonable time constraints.  The changes to our voting systems in the 2020 elections were expressly designed so that there cannot be any evidence.  Professor Tribe should tell us what the evidence would consist of that would allow us to know what the correct vote counts are.

Larry Tribe may like to oraculate from on high as though he were some objective, disinterested analyst calling balls and strikes, but he’s actually a highly partisan left-wing Democrat.  In the Guardian article, he touches on the possibility of state legislatures going rogue and appointing electors who would vote against the candidate the people (supposedly) voted for.  In disapproving of that, Tribe proves himself a hypocrite, for back in 2016, he was involved with Electors Trust and even wrote a letter “encouraging electors to vote against Trump.”  In other words, Tribe was urging that they go rogue and become faithless electors.  Also, when President Trump fired FBI director James Comey, which was entirely within his purview, Tribe urged impeachment.  Tribe seems little better than the worthies on MSNBC and CNN who were hired precisely because they’re willing to say anything.

Only a small portion of Tribe’s article in The Guardian deals with vote counts.  It quickly gets past election issues and degenerates into yet another broadside against Republicans in general and Trump in particular, and it’s wacky, repugnant stuff.  However, it can be read for its sociological value and for entertainment.

For Tribe to pooh-pooh the considerable evidence that has been brought forward is evidence of Tribe’s bad faith.  Perhaps Larry Tribe is a fraud.  What kind of election systems would Tribe propose that would give Americans confidence in the vote count?

It was after the 37-day post-election brouhaha in 2000 when I started thinking about how to mend our broken election systems.  One of my aims was not only to make fraud detectable, which it currently isn’t, but also to make fraud impossible to commit, or at least much more difficult.  Have any of the changes made to our election systems since 2000 tried to do that?  Of course not — the changes have all been geared to making registration and voting easier and easier.  Election integrity hasn’t been the aim.

Larry Tribe would benefit from watching the opening to Mark Levin’s FNC show of November 22, “What is the civil litigation process of 2020 election suits?”  He can find it here and here.  Not only will Tribe discover that there are tons of evidence, but he might also learn how to litigate a case.

Why shouldn’t the Tribes of this world be required to prove that no fraud occurred?  For that matter, why shouldn’t the boards of elections in the states be required to provide proof of the integrity of their elections?  Voters are expected to just accept that the election officials in the several states are competent and honest and wouldn’t dream of breaking the law to throw an election to their candidate.

Whenever some self-appointed “expert” makes a claim of there being “no evidence” for something, insist that he produce the evidence for his claims.  Ask him: what evidence do you have that there is “no evidence”?

Because they haven’t demanded that our election systems be fixed so that vote counts can be shown to be correct, the American people may deserve to have a frail, senile president and a braying, hebephrenic V.P.  More’s the pity.

As of November 30, we were still counting votes for U.S. representatives.  If it weren’t for the 20th Amendment, which moved Inauguration Day from March 4 to January 20, we’d have 43 more days to contest this election’s fraud.  The U.S. Supreme Court needs to vacate the presidential elections in Wisconsin, Michigan, Georgia, Nevada, and especially Pennsylvania and order that new elections be held with more security.  The mountain of evidence of fraud demands a do-over.

Jon N. Hall of ULTRACON OPINION is a programmer from Kansas City.

In Case You Missed It:  Texas to Resume Construction of Border Wall Initiated by President Trump After Reaching Deals with Private Land Owners
Posted in Tyranny.

A Conservative Woman Just Broke New Ground, But the Media Is Nowhere to Be Found

Ever since Joe Biden became our nation’s presumptive next president, the media has been bending over backwards to celebrate historic...