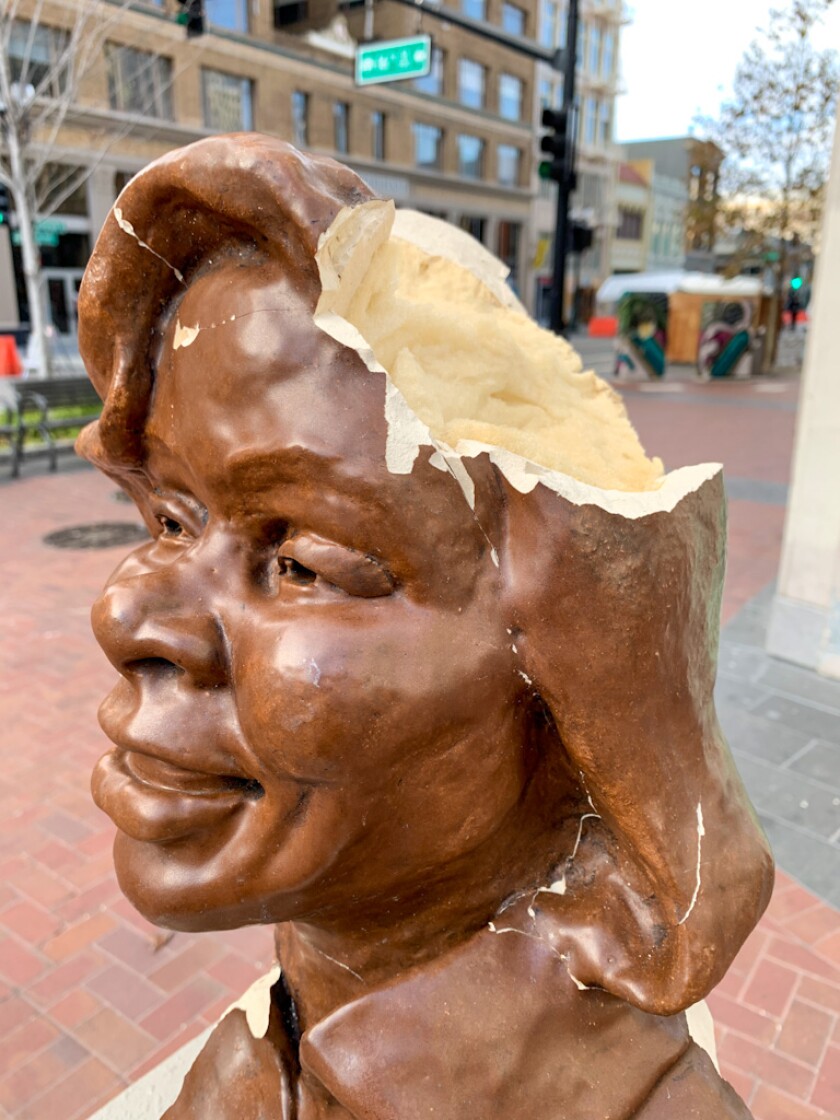 Hey, guys, I found out the true facts in the Breonna Taylor case!

Remember the “botched raid” (New York Times) on Breonna’s apartment in Louisville, Kentucky, last March, when police officers killed this innocent black woman as she slept peacefully in her bed?

Yes, apparently, without announcing themselves, the police smashed in the front door of the WRONG APARTMENT. Their warrant was for a man Breonna had dated eons ago and barely knew anymore, and whom they already had in custody! Assuming the police were home invaders, Breonna’s boyfriend pulled out a gun — again, police were at the WRONG APARTMENT — whereupon the officers opened fire, killing Breonna and wounding one of their own in friendly fire.

You probably won’t believe this, but it turns out, none of that is true.

Contrary to the repeated claim that the police “had the wrong address and the wrong person and the person was in custody” — as the Rev. Al Sharpton put it — the police were not at the wrong house at all.

It seems that Breonna Taylor was knee-deep in the criminal enterprise of her sometime-boyfriend, Jamarcus Glover, who was running a massive drug operation, selling crack cocaine and fentanyl to the citizens of Louisville.

The morning after Breonna was killed, for example, Jamarcus told his baby mama (on a police-recorded phone call): “This is what you got to understand, don’t take it wrong, but Bre been handling all my money, she been handling my money … She been handling sh*t for me and Cuz, it ain’t just me.”

He detailed the amounts when an unidentified male got on the line, saying, “Tell Cuz, Bre got down like $15 (grand), she had the $8 (grand) I gave her the other day and she picked up another $6 (grand).”

And yet, the media credulously claimed that Breonna barely knew Jamarcus, based on the family’s lawyer, Sam Aguiar, saying that they had broken up two years earlier and had only a “passive friendship.”

In addition to “handling sh*t” for Jamarcus, Breonna had bailed Jamarcus out of jail, driven with him to a “trap house” (where the drugs were sold), and allowed him to use her address — the site of the raid — for his mail, phone bills, a bank account and jail bookings. All this in 2020.

Police GPS tracking showed that Jamarcus had been to Breonna’s apartment six times in January alone, and had called her from jail dozens of times since they had allegedly broken up.

Jamarcus: “Just be on standby so you can come get me. Love you.”

More significantly, police had photos of Jamarcus picking up USPS packages at Breonna’s apartment as recently as Jan. 16, 2020, then taking them directly to a trap house. The photos are available online.  (If only our media had access to the internet!)

And of course, back in 2016, after Breonna had rented a car for Jamarcus, police showed up at her door because … a dead body was found in the trunk. The murdered man turned out to be the brother of one of Jamarcus’ co-conspirators. Surely that gave Breonna an inkling that Jamarcus was not walking on the right side of the law.

These are a few of the reasons why, on March 13, Louisville police planned to execute four simultaneous no-knock search warrants on homes associated with Jamarcus’ drug operation: 2424 Elliott Avenue (the trap house, where vast amounts of crack cocaine, fentanyl pills and guns were found), 2425 Elliott Avenue, 2426 Elliott Avenue (the houses next door, used to hide guns and drugs), and 3003 Springfield Drive No. 4 (Breonna’s apartment).

Even Breonna’s boyfriend says they knocked. You’re the bagwoman for a major crack cocaine operation, there’s loud banging on your door after midnight, and your reaction is: The last thing I imagined was that it could be the police!

Team Breonna makes a big point of the fact that the police found no drugs or money at her apartment. Yeah, that’s because they didn’t look.

The first officer through the door was shot by Breonna’s boyfriend — who eventually admitted he shot first — and the officers returned fire, hitting Breonna five times, one fatally. (All proved by federal ballistics reports.) In the commotion after the shootout, the officers never executed the search warrant.

That was confirmed by a police investigator to the grand jury — and also by Jamarcus, who said in jailhouse recordings that his money was still at Breonna’s house:

[Unidentified man] to Jamarcus: “So they didn’t take none of the money?”

Jamarcus: “[Breonna’s boyfriend] said that none of that go on. He said Homicide came straight on the scene and they went to packaging Bre and they left.”

But how on earth did the officers hit Breonna, when she was sound asleep in the next room? She wasn’t. She was standing in the hallway right next to her boyfriend … who, again, was shooting at the police. He ducked, she didn’t.

As Jamarcus summarized what happened to Breonna in a jailhouse phone call: “that [email protected] did this shit. At the end of the day, if I would have been at that house, Bre would be alive, bruh. I don’t shoot at no police.”

For this, Breonna’s family got $12 million from the city and the rest of us got endless nights of violent riots.

Posted in Terrorism and tagged BLM.

I don’t like making predictions for a new year because they are just guesses and like palm readers, fortune-tellers, and...