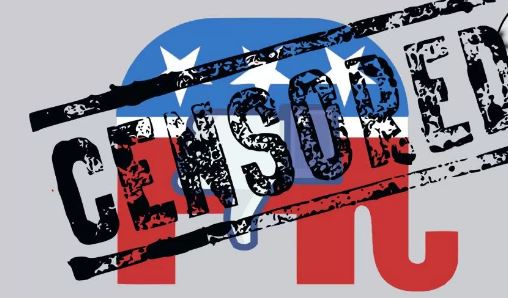 Google has gone full Marxist censorship and has pulled Parler, a social media app for conservatives, from its app store following the alleged company’s role in the U.S. Capitol siege this week.

Trump was censored from posting on Twitter and moved on to Parler, hours later Google responded by removing the app in in a bold and shocking attempt to censor free speech from conservatives.

What the commies are claiming: “In order to protect user safety on Google Play, our longstanding policies require that apps displaying user-generated content have moderation policies and enforcement that removes egregious content like posts that incite violence,” José Castañeda, a Google spokesperson said. “In light of this ongoing and urgent public safety threat, we are suspending the app’s listings from the Play Store until it addresses these issues.”

Apple is also following the communist agent and has given Parler, the social network favored by conservatives an ultimatum to implement a full censorship of it platform within the next 24 hours or face expulsion from the App store.

Parler, CEO John Matze struck a defiant tone. “We will not cave to pressure from anti-competitive actors! We will and always have enforced our rules against violence and illegal activity. But we WONT cave to politically motivated companies and those authoritarians who hate free speech!” he wrote in a message.

“Anyone who buys an Apple phone is apparently a user. Apparently they know what is best for you by telling you which apps you may and may not use,” he added.

Note to Conservatives and Patriots!

You don’t need the app to access Parler on an iPhone. Open Safari, go to parler.com and tap the Share button (middle icon at the bottom of the screen) and scroll down until you see “Add To Home Screen”. Tap this and then set the name to whatever you like and then tap “Add”. You now have an icon to access Parler via their mobile website, bypassing the need for the app itself.

In Case You Missed It:  DEMONIC: FDA Purchased Intact Aborted Baby Heads, Fetal Organs on Ice for Experimentation with Mice
Posted in Tyranny and tagged Censorship.

Nancy Pelosi Just Opened Up the USA to a Nuclear Attack

The secrete service must order the arrest of Nancy Pelosi immediately, as she has become a danger to American public. ...