The secrete service must order the arrest of Nancy Pelosi immediately, as she has become a danger to American public.  She just threaten the president of the United States and illegally asked for the: the U.S. military to be on standby. She is trying to overthrow Trump in this final days in office.   Hopefully the Secrete service is paying her a visit sometime today. 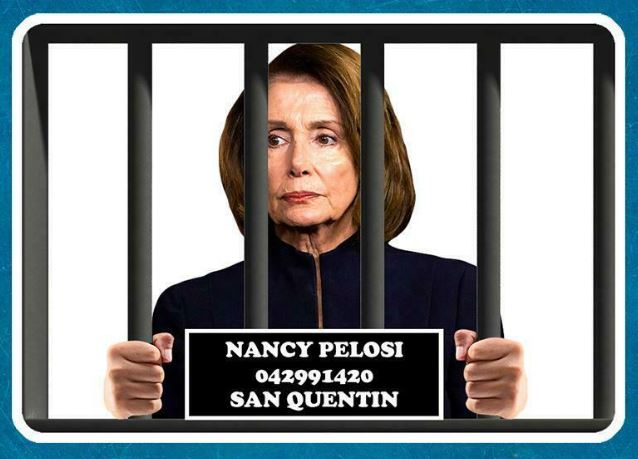 Pelosi also illegally tried to bypass the commander in chief and illegally demanding a military officer to refuse to obey the president’s orders if needed, or the country was under a threat.

Pelosi has just opened us up to a a nuclear attack this week as our foes now know the president cannot respond to an attack due to her traitorous demands.

Pelosi is a traitor and must be put under arrest immediately before North Korea or China takes advantage of the dangerous vacuum she has just created!

Trump has given no indication he is considering using nuclear weapons, but Pelosi has lost her mind and it trying to take over the powers of the President by an act of outright treason.

The authority to order a nuclear launch rests with the president and Nanci Pelosi just took that away, never in history have the American people been put in such a position to not be able to respond to a foreign threat, Pelosi must be arrested immediately for Treason, she could be taking her orders from China for all we know. Nancy Pelosi did Block an Investigation into Chinese Coronavirus origins, and her son as received money from China like Joe Biden son hunter as too.

During the Cold War, the prospect of nuclear war meant having to respond within minutes to a wave of Soviet missiles zeroing in on the United States. Time would be of the essence. Thus is seemed to make sense to leave the decision to one person, without the need for time-consuming consultations with Congress. Nancy is trying to remove the powers of the president to order the protection of Amercians.

The question of the day is, Did Pelosi and Schiff know about Swalwell ties to Chinese spy before appointment to Intel Committee?

Twitter has censored President Donald Trump’s account permanently, Kim Jong Un style! Reports are coming in that he has now...