The Bolsheviks at Amazon have kicked Parler off their webhosting service in an attempt to censor conservatives, the platform will be offline until they find a new host. 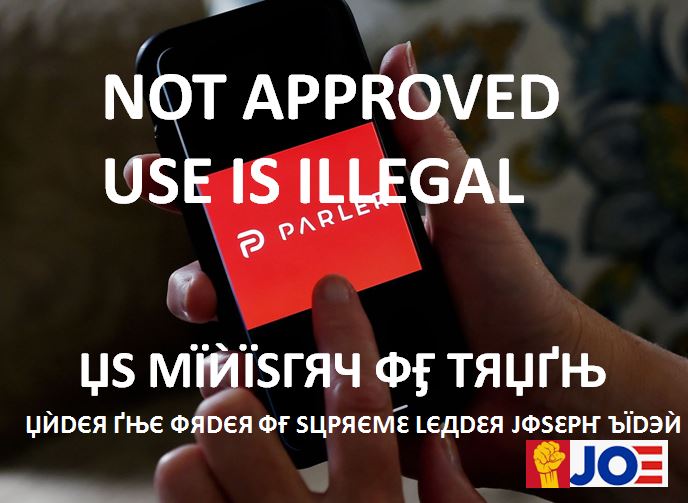 The ban goes into effect on Sunday, effectively shutting down the platform that conservatives have flocked to since the big tech giants began banning conservatives.

Parler has faced what can only be described the threat as a mass coordinated cyber attack by left leaning Big Tech companies within the United States, first being banned by Apple and Google within a 24 hour time period.

In an email obtained by BuzzFeed News, an Amazon Web Services (AWS) Trust and Safety team told Parler Chief Policy Officer Amy Peikoff that “the calls for violence propagating across Parler violated its terms of service and that Amazon is unconvinced that the service’s plan to use volunteers to moderate such things will be effective.”

Of course, they did no such bans when Black Lives Matter was planning riots across Instagram, Twitter, Facebook, and Tik Tok last year burning down neighborhoods ans riots throwing Molotov cocktails at police cars full of occupants.

“Recently, we’ve seen a steady increase in this violent content on your website, all of which violates our terms. It’s clear that Parler does not have an effective process to comply with the AWS terms of service,” the email reads. “[W]e cannot provide services to a customer that is unable to effectively identify and remove content that encourages or incites violence against others,” the email reads. “Because Parler cannot comply with our terms of service and poses a very real risk to public safety, we plan to suspend Parler’s account effective Sunday, January 10th, at 11:59PM PST.”

In a post on Parler about Apple’s decision to ban them from the app store earlier in the day, CEO John Matze wrote, “Apple will be banning Parler until we give up free speech, institute broad and invasive policies like Twitter and Facebook and we become a surveillance platform by pursuing guilt of those who use Parler before innocence.”

“They claim it is due to violence on the platform. The community disagrees as we hit number 1 on their store today. The same day ‘Hang Mike Pence’, a disgusting violent suggestion, was trending nationally on Twitter. Displaying the horrible double standard Apple and their big tech pack apply to the community,” the statement contined. “Apple, a software monopoly, provides no alternatives to installing apps on your phone other then their store. We do not own our phones, Apple simply rents them to us. Apple, Google and the rest of the anti-competitive pack of big tech tyrants coordinate their moves and work together to stifle competition in the marketplace.”

“More details about our next plans coming soon as we have many options,” Matze concluded.

Big tech has also been censoring Trump supporters and allies at a record pace. They want you silenced.

Matze concluded that “this was a coordinated attack by the tech giants to kill competition in the market place. We were too successful too fast. You can expect the war on competition and free speech to continue, but don’t count us out.”

Apple salyd is also following the same Marxist path, they have  followed through with its threats and suspended Parler indefinitely on Saturday claiming threats of violence on the platform. The Democrat Party was planning to Impeach Trump before he was even inaugurated. Now that many Democrats suffer from TDS...