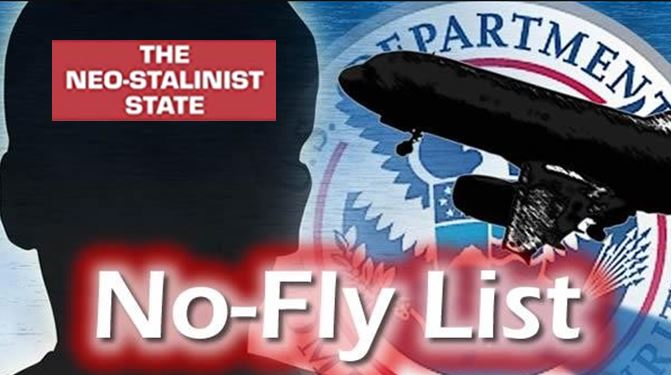 Democrats are gabbing ruthless power like never before, now the constitutional right to protest is under attack by the left.

First is was Social media platforms censoring conservatives, even taking sites offline that host their right to free speech. We have also seen a Facebook ban President Trump indefinitely from Facebook and Instagram; various congressmen have talked about impeaching him again or pushing for a 25th amendment-based removal.

Today its putting American citizens on No-Fly lists, like they did with ISIS terrorist, for practicing their constitutional right to protest. Most of the thousand of protesters in DC did not even enter the capital building yet the left is putting them on the do not fly list, full Marxist style!

Trump-supporting protestors in DC Wednesday have been identified and placed on the TSA’s no-fly list, as action continues to be taken in response to the events at the US Capitol.

House Homeland Security Committee, under Chairman Bennie Thompson (D-MS) is calling for  very radical demand the TSA and FBI to add all protesters to the No Fly List.

Placing people who were there, or even who entered the Capitol, on the No Fly List is an affront to civil liberties and democracy, this is something you would see in North Korea or Communist China, not the USA.

A video found on TikTok showed a sobbing man at the airport who found out that he’d been put on the no-fly list created and maintained by the Terrorist Screening Center (TSC).

People who broke into the Capitol Wednesday are now learning they are on No-Fly lists pending the full investigation. They are not happy about this. pic.twitter.com/5GfHo1eVU8

The No Fly List Is A Civil Liberties Nightmare

The ‘No Fly List’ is the government’s pre-crime profiling that keeps people off of U.S. airlines and airlines flying to the U.S. It’s a secret list that people haven’t been entitled to know they are on (until 2015), how they got on, or to confront the evidence relied upon to put them on it. Legally there is very little recourse, and when challenged the government claims ‘state secrets.’

Formal responsibility for the list rests with the TSA and under 49 U.S.C. § 46110 inclusion is only reviewable by circuit courts in which judges are required to defer to the TSA’s judgment about all alleged facts and are permitted only to review the administrative record created by and provided to them by the TSA itself.

That’s how people get on the list by mistake (FBI agent checking the wrong box on the form) and even maliciously (such as retaliation for refusing to cooperate in an investigation). People have gotten on by mistake (having a name similar to someone else).

There were arrests made after Wednesday’s events. This will follow due process of law – which is precisely the principle that is important to defend here.

The left capriciously denying the freedom of travel, without trial, is precisely the leftist mob rule outside of the rule of law that we’re supposed to be pushing back on.

The last thing we need is an open-ended response, like a new Patriot Act or limits on freedom of speech, that puts people on the No Fly List for conduct (even criminal conduct) in advance of trial, and when losing the ability to fly on commercial airliners in not proscribed punishment in law. 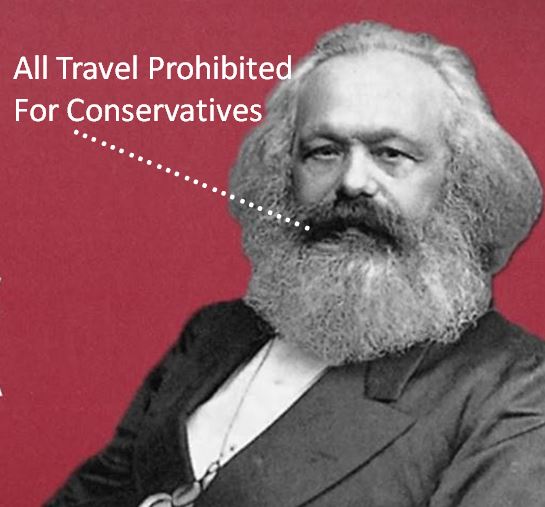 In 2014, a federal judge in Oregon ruled a No Fly List was unconstitutional, forcing the Department of Homeland Security to modify its procedures, this case is being ignored by leftist today.

Individual airlines are free to choose to ban passengers that were problem customers in the past. Having the government ban people from travel on all airlines without judicial review is frightening to democracy.

And if it’s justified now in being used against unpopular people (in many cases criminals) then it will be used against unpopular people later the way that sedition laws were used against Eugene Debs, sending him to prison for an inflammatory speech in wartime that didn’t directly encourage violence, or the way the government cracked down on the Socialist Workers Party for antiwar rhetoric in World War II. Remember that expansions of power will be used later by the people you hate. Any new power should be one you’re comfortable with the next President Trump having and using.

Taking away the freedom to travel from people whose speech you dislike is a dangerous precedent. Those who have committed crimes should be charged, tried, and punished under existing law. Americans shouldn’t have freedoms taken from them when they haven’t even been charged with a crime.

Trump arrived late for his speech as he typically does, so the crowd was well held back. The people who...