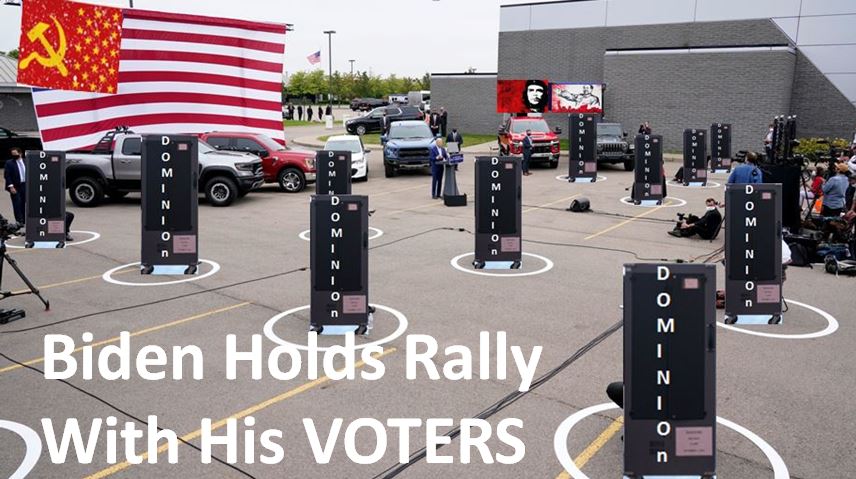 Jovan Hutton Pulitzer released a report showing numerous countries interfered in the 2020 election. The report included the work of Colonel Phil Waldron and his team.

Pulitzer insists the only solution to see the real winners of the 2020 election at all levels is to forensically audit the ballots.

I have just uploaded all the data and evidence of foreign election interference in the Nov 3rd General Election. Since I cannot post the pdf here please go to https://t.co/gXiybDPSns
You may download it, see facts for yourself. pic.twitter.com/gFAS97vXGC

Here are some points in the report:

The researcher said that the Chinese Communist Party (CCP) has “leveraged financial, nongovernmental, and foreign allies including Venezuela to acquire INFLUENCE and CONTROL US Voting Infrastructure in at least 28 states.”

Pulitzer went on to share that if the invalid ballots were removed from the election results and the remaining valid votes were counted, the current certified results of the 2020 election would be very different at all levels.

Circuit Court Judge Kevin A. Elsenheimer granted permission to William Bailey and his team of IT experts to conduct a forensic study of the 16 Dominion voting machines, tabulators, thumb drives, related software, and the Clerk’s “master tabulator.”

On December 14, 2020, Michigan 13th Circuit Court Judge Kevin A Elsenheimer agreed to allow Mr. DePerno’s client, William Bailey, and a highly skilled team of IT experts to perform a forensic examination on 16 of the Dominion voting machines in Antrim County, MI. On Monday, against the objections of MI Secretary of State Benson, Judge Elsenheimer agreed to allow the results of the forensic examination to be released to the public. The results were damning.

After the forensic examination of 16 Dominion Voting machines in Antrim, Co. MI, Allied Security Operations Group has concluded that the Dominion Voting machines were assigned a 68.05% error rate. DePerno explained that when ballots are put through the machine, a whopping 68.05% error rate means that 68.05% of the ballots are sent for bulk adjudication, which means they collect the ballots in a folder. “The ballots are sent somewhere, where people in another location can change the vote,” DePerno explained. The allowable election error rate established by the Federal Election Commission guidelines is 1 in 250,000 ballots or .0008%.

MI Secretary of State Jocelyn Benson has been ordered to supply him with the following information by February 2, 2021.

MI Secretary of State has been ordered to produce any correspondences, communications, and documents between the State of Michigan (including but not limited to the Secretary of State’s Office and/or Jocelyn Benson):

– Dominion Voting Systems regarding the 2020 election.

– Amazon (or any employee, officer, or director) regarding the 2020 election.

– Apple (or any employee, officer, or director) regarding the 2020 election.

– Google (or any employee, officer, or director) regarding the 2020 election.

– Facebook (or any employee, officer, or director) regarding the 2020 election.

In Case You Missed It:  NYC releases public service announcement about how to respond to a NUCLEAR ATTACK
Posted in Freedoms and tagged Crime, Election.

Popular businessman and President Donald Trump had a social media account on Twitter for several years and even before he...