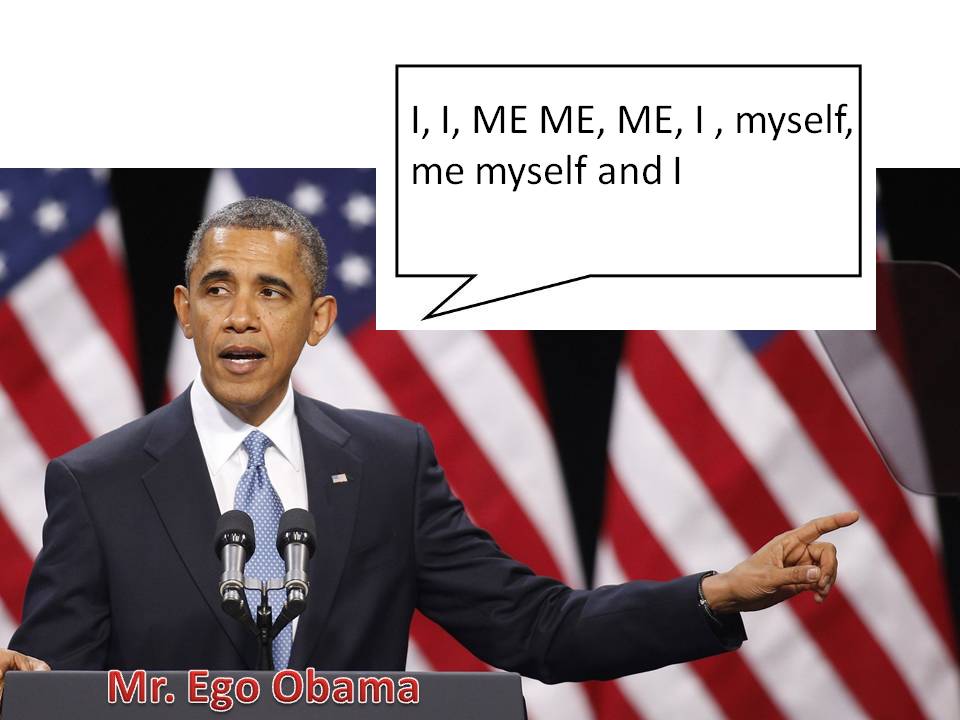 After studying the Kenyan Imposter for 14 years, it’s evident that the former president was, and is, a thin-skinned, vindictive, narcissistic, self-obsessed child. Condescending Barack Obama has proven that accolades are his life’s blood. When accolades turn into differing opinions, the former POTUS soothes his wounded ego by publicly disgracing his critics.

Barack Obama thinks so highly of himself that disagreeing with anything he says makes all challengers the target of mockery and ruin.

Take, for instance, the former president spending eight years sharing his distaste for what he believes is a “deeply flawed” nation. If critics dared challenge Obama’s plan to “fundamentally transform the United States of America” into a Saul Alinsky nightmare, they often met with acerbic pushback.

Throughout his presidency, Obama consistently admonished or sarcastically insulted his critics. To punish conservatives, the former president creatively weaponized a federal agency and sicced the IRS on detractors he referred to as “teabaggers.”

By articulating his disdain for “bitter” gun-clinging Judeo-Christians, Obama found a way to openly reaffirm his deep-seated hate for the First and Second Amendments.  Then, in an attempt to make his true feelings known to his detractors, Obama vilified law enforcement and the U.S. military, censored and surveilled U.S. citizens, and deprecated right-leaning news anchors.  A spiteful Obama imposed his vision on the rebellious by resettling middle-class neighborhoods with unvetted putative refugees, destroying jobs, waving thousands of medically compromised illegals over the border, and insulting Israel by sharing American wealth with genocidal regimes.

In other words, if Barry sensed disapproval, detractors could expect to be tacitly schooled in a backhanded, albeit painful way.

Fast-forward to 2016, and in the race for the White House, an “America First” non-politician caused Obama’s Marxist momentum to come to a screeching halt.  The election of Donald Trump symbolized the antithesis of everything the progressive left stood for.  Trump campaigned on reverence for God and respect for the sanctity of life.  He inspired patriotism and had workable plans to create jobs and renew the economy — all of the things Barack had spent eight years attempting to destroy.

In one night, Barry Soetoro’s Marxist takeover was sidelined by a populist billionaire who dared to disagree with the left’s doctrine.  Imagine Obama’s embarrassment — all that “Hope and Change,” crushed by the weight of a guy with bad hair who hailed from Queens.  Let’s just say that after Hillary lost, she probably wasn’t the only one smashing vases and sticking pins into voodoo dolls.

Rest assured: Hillary’s slap-down was most definitely personalized by the touchy “all about me” narcissist as a total rejection of his anti-American radicalism.  Hence his admitted desire for a “third term.”

Nevertheless, if “past behavior is the best predictor of future behavior,” after that crushing loss, Obama most likely invested his time making sure there would be hell to pay.  That’s why, based on the former president’s typical response to humiliation, from that night forward, Barack likely slept little and planned much.

Thanks to orchestrated overkill, some Americans believe that Trump lost to a guy with dementia, was impeached twice, will lose the right to run for a second run, and might be denied a presidential library.  No Twitter, no Facebook, no nothing.

Although pure speculation, that sort of heavy-handedness indicates that it might have been Obama all along concocting an attack to purge “Orange Man Bad” from the collective consciousness.  In Barack’s sick, twisted mind, the former president probably is deluded enough to believe he can re-establish his legacy by making a complete ass out of someone who dared confront the progressive global vision Obama took mainstream.

With that in mind, since President Trump took office, it’s hard to not smell Obama’s obsessive stink all over a calculated effort to destroy a good man.

Of late, those carefully crafted plans include acrimony and suspicious ACORNish activity, not to mention a year-long lockdown and Rules for Radicals-style chaos.  Recently, Americans witnessed a sham inauguration and post-inaugural mischief where every executive order Joe the Automaton signed reeked with the stench of Obama’s malicious effort to reinstate himself as all-knowing redeemer.

Lest we forget, Kamala “I’m Speaking” Harris has had a longstanding relationship with former president Obama.  Thus the reason for her meteoric rise from the shadows of Willie Brown’s love shack to the vice presidency.  Unfortunately for America, besides having a cackle from hell, “the best-looking” attorney general on the planet also has Barry’s slimy fingerprints all over her high tops.

Then there’s the return of the posse of familiar co-conspirators who emerged from the political ash heap of history to take up where the Obama era left off.  Those throwbacks include the likes of White House press secretary Jen “Pink Hat” Psaki and domestic secretary Susan Rice, who, on behalf of her old boss, would be more than willing to rise from a cobwebbed crypt to deliver social and economic pain to 74 million of Trump’s loyal supporters.

Considering that, and more, it’s hard to deny that Joe “Marionette” Biden is probably being “nudged” around by a syndicate of Obama-directed operatives.

Trust me: since 2016, the former president’s goal has been not only to help Democrats win back the White House, nor has it been merely to complete the anti-American job he had hoped Hillary would finish.  Oh, no!  Based on Obama’s track record of revenge, with the help of the media and Big Tech, Alinsky’s star agitator may be the one who instituted a plan to soothe his wounded ego by making sure Donald Trump, his family, and his supporters are permanently blackballed and publicly disgraced.

That’s why, if all goes according to plan, there will be an Obama-inspired, Pelosi-goaded, RINO-supported impeachment trial designed expressly to put Trump and his supporters on notice that punitive reprisal awaits anyone who defies the tenets Barack Obama spent eight years cramming down America’s throat.  In the meantime, the former community organizer is probably stirring a massive vat of warm tar and plucking bushels full of chicken feathers for the impending walk of shame he hopes will be the death knell for Donald Trump’s reputation.

Hence, what the world is witnessing isn’t only an Obama Redux dressed up in a Biden suit; this is about extracting political blood for an insufferable egomaniac named Barack Obama, whose thirst for retribution remains unquenchable until all his critics are destroyed.

Jeannie hosts a blog at www.jeannie-ology.com.

In Case You Missed It:  REPORT: Steve Scalise Could Be Back-Up For Speaker If Kevin McCarthy Doesn’t Get Enough Votes
Posted in Tyranny and tagged Obama.

By Brian C. Joondeph, M.D. Imagine changing the rules in the middle of the game, so that hits rather than runs,...