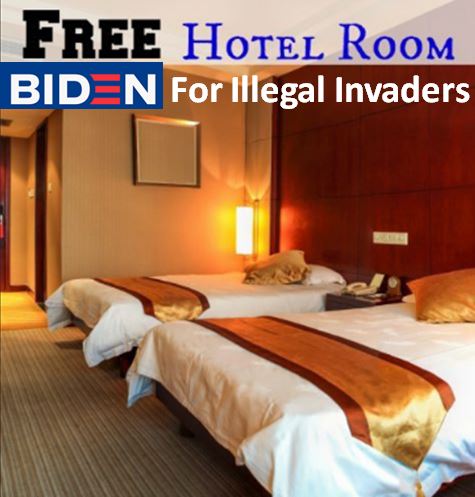 Well, that was deluxe.

After riding through Mexico under car seats, inside sweltering trucks, stuffed in packed trunks, shimmying through rat-infested tunnels, crossing rivers, and on the tops of trains, illegal migrant families (or “families”) who make it illegally across to the states get free hotel rooms, courtesy of Joe Biden and the U.S. taxpayer.

That’s what Biden has mandated in his self-created border crisis that didn’t exist until he started offering immigration line-cutters benefits, and not surprisingly, the migrants are pouring over. Now some new goodies await at the finish line.

According to Axios, cited by Daily Caller, illegal migrant families can now look forward not to migrant jails but to free hotel rooms once they make it across without papers.

The Biden administration has awarded an $86 million contract for hotel rooms near the border to hold around 1,200 migrant family members who cross the U.S.-Mexico border, DHS officials confirmed to Axios.

Why it matters: It’s a sign of growing numbers of migrant families trying to come to the U.S. — in addition to already overwhelming numbers of kids crossing the border without their parents or legal guardians. Both trends appear to be straining government resources.

Anybody paying for these free hotel rooms? Like maybe someone with a spare $6,000 to pay a cartel human smuggler? Doesn’t sound like it. This one’s on the taxpayer.

Yet here’s what Biden said ahead of it:

“I can say quite clearly, ‘Don’t come over,’” Biden said regarding the rise in border crossings. “Don’t leave your town or city or community.”

With five thousand people and counting getting across each day and some now know there are free hotel rooms, sounds like nobody is listening.

What is amounts to is Joe Biden trying to hide the crisis by throwing money at NGOs and hoping no one notices the unvetted illegals, some with COVID, filling up border town hotel rooms. No kids in cages pictures seems to be the aim, given Biden’s effort to cover up such news from the media. Now with the migrants scattered about in private hotel rooms in border towns, the Biden logic is that perhaps the media will go away.

That’s a service-added for the cartels, which do entice migrants to leave their homes based on such goodies and not surprisingly they make lots of money off these crossings. The free hotels will add more. Thanks, Joe.

At a minimum, busting a cartel and using its “earnings” from migrants ought to be mandated to pay for these hotels. And not just them, but the governments of the countries that permits these exoduses to benefit from billions in remittances as well as reduced public pressure to reform themselves to make their countries liveable. Anybody there paying? Nope, they get free money from Uncle Sam, too. And as for Mexico, well, they’ve managed to persuade bumbling Biden that they just don’t have space to accommodate. Kind of saves them some trouble, doesn’t it?

Strange how the federal government, in paying for free hotel rooms with taxpayer dollars is incentivizing more illegal immigration.

Let’s take a look at Endeavors, the non-profit based in San Antonio, which appears to be fairly respectable with ties to various city governments and the United Way, with a reported 10% spent in overhead (which is low), though it doesn’t disclose its total money-size in its last-posted 2019 Annual Report.

The group, founded by five Presbyterian churches around 1975 took various names until settling on its current one, and specializes in helping the drug-addicted homeless, including homeless vets and ex-cons, get back into society, which is obviously a costly process involving a lot of hand-holding. It’s helped a grand total of 250 families (or, 800 individuals) over 15 years through its shelter project for them. Which is rather tiny, but remember, these projects are intensive. Here is a success story it reports in this video. Its 2019 Annual Report doesn’t mention migrants.

But somehow, in the last one or two months, with the migrant surge, it’s gotten itself this $86 million hotel contract, which sounds a little sudden, and a bit big as contracts go, for all the known indicators of its size, too. And it doesn’t indicate in its report any specialty with migrants, though it has a minor migrant section on its website navbar under ‘What We Do.’ Migrants are going to want free lawyers, free phone calls, free meals, and free bus or plane tickets to their destinations of choice. Are they going to help with that, do they have enough bilingual staff that can be taken from their current hand-holding duties, or is someone else? They will probably have to hire people at pricey NGO salaries, raising their overhead. 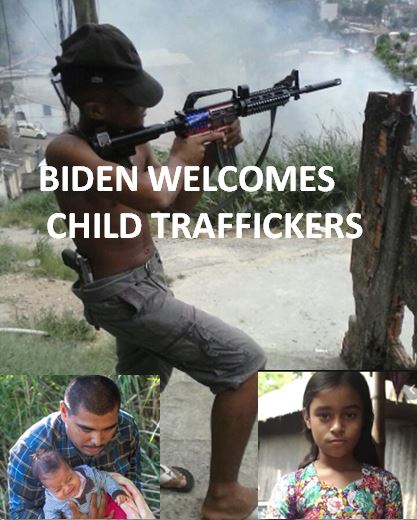 Was there competitive bidding? Why did this take so little time, and why so much to a non-migrant group so small? There may be legitimate answers, or maybe it was cronyism, but unless the site tells us — they actually say nothing about this on their website, it looks a little funny.

Now let’s look at the size of this contract:

How many free hotel rooms for illegal aliens will $86 million buy? Well, here’s a back of the envelope calculation:

Six months is 180 days of hotel rooming. The average hotel room cost in Arizona and Texas border cities — I looked it up, is about $70 for Nogales, Arizona, and $108 for McAllen, Texas. Other border cities checked — El Paso, Laredo, Tucson, and Douglas, are all between those ranges, with the Texas cities a bit above $100, and the Arizona towns around $90.

If $90 is the median, then the hotel room cost, divided evenly is about $478,000 a day, and extended over 180 days, brings us to $86 million. That would house about 5,000 families, which squares well with the Axios estimates for family sizes of two to three people. Maybe they get bulk rates or cheaper hotels and can house more, but this is unknown. Federal contracts are prized, after all, because they often pay full fare. Lots of $6,000 toilet seats, after all. But most families are supposedly staying only about 3 days, so the $17,200 figure for 5,000 people at a time would be for the entire six month duration. You can bet there will be a lot more than 5,000 people served if every illegal alien family only stays three days.

Bottom line, all of these new services for illegal border crossers are bonanzas, not just for the NGOs who benefit, they are benefits for human smuggling rackets, who can now advertise these wares as part of their illegal alien benefit packages and use the news of them to draw more business. Biden is helping that bunch ultimately with these free-hotel contracts even Americans in distress don’t get. Cartels will use this incentive to drum up more business.

The Battle of Burbank

By Clarice Feldman It’s believed the Battle of Lexington and Concord was the fight that set off the American Revolution. While...