Me: "In other posts, he expressed anti-LGBTQ sentiments and warned about perils he perceived from too much government control." https://t.co/RL1Z4IdAv5

Another opportunity to shore up their sagging “white terror threat” narrative is lost. My latest in FrontPage:

A man murdered ten people in a Boulder, Colorado supermarket Monday. No details were immediately released about the shooter, but Leftist “journalists,” working from a photo of the shooter, seized upon the shooting to shore up their sagging narrative of “white supremacist terrorism.” There was just one problem: the massacre was actually, after a four-year hiatus, a new incidence of Islamic jihad on American soil.

Even after the shooter’s name was revealed as Ahmad Al Issa (which is how he himself wrote it on his Facebook and Twitter accounts), establishment media reports continued to give his name as  “Alissa,” which of course is a common first name for women in the U.S., and thus gives the impression that he is an American non-Muslim. Were “journalists” trying to obscure the fact that he is a Muslim migrant ISIS sympathizer? Of course they were. 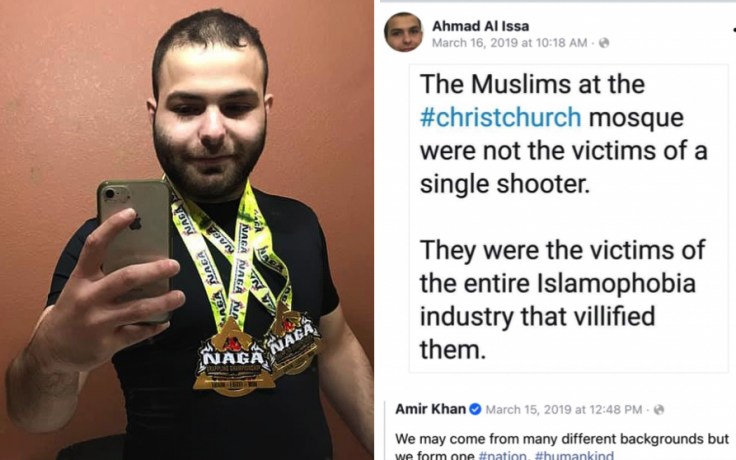 And that was after they had already decided that he was one of those “right-wing extremists” who are, according to DHS Secretary Alejandro Mayorkas, the “most lethal and persistent” threat the U.S. faces today. Julie DiCaro, a senior writer and editor at Deadspin, tweeted: “Extremely tired of people’s lives depending on whether a white man with an AR-15 is having a good day or not.” As of this writing on Tuesday afternoon, DiCaro has not taken down the tweet, as some media hacks are still, like a captain going down with his sinking ship, insisting that Al Issa is white. Prominent race baiter Tariq Nasheed tweeted: “White supremacists are trying their hardest to deflect from the fact the Boulder suspect is WHITE. Syrians in America are legally, politically & socially WHITE. Their white status is well documented in court cases Terms like ‘muslim’, ‘Arab’, ‘islamic’ doesn’t change whiteness.”

Of course Al Issa really is white, as he is an Arab Muslim migrant from Syria, and Arabs have been considered “white” ever since they began arriving in this country. Nasheed’s tweet, however, still pointed up the Left’s inconsistency and hypocrisy: up until this shooting, Leftists considered Arab Muslims to be “brown,” after the fashion of Linda Sarsour, who memorably identified as white until she put on a hijab and miraculously became a “person of color.” If the Boulder shooter had been a white non-Muslim American and his victims had been white Arab Muslims, Tariq Nasheed would be railing against the persecution of “brown” people in the United States.

But as it is, Nasheed is trying desperately to shore up a failing narrative. The reality is that Ahmad Al Issa is a deeply religious Muslim with pro-ISIS sympathies. He complained bitterly about “Islamophobia,” hated Donald Trump with passionate intensity, and had scouted out churches and Trump rallies as possible targets for his jihad massacre.

Me: "In other posts, he expressed anti-LGBTQ sentiments and warned about perils he perceived from too much government control." https://t.co/RL1Z4IdAv5

All this makes it abundantly clear that not only is Ahmad Al Issa not a “white supremacist,” but he is a living manifestation of the effects of Leftism in America today. After migrating from Syria as a child during the Obama administration, he, and many others like him, has been inundated with relentless propaganda about how he is a victim of a racist and “Islamophobic” society that will never give him a fair shake, and is institutionally determined to make sure he will never succeed. He has been told that Trump hated Muslims and that his followers were precisely the people who were keeping him down and denying him access to the privilege that they themselves enjoyed at the expense of the “brown” people they despised.

The Democratic Party has been stoking this kind of resentment and feeding it to young people in schools, colleges and universities for years. Ahmad Al Issa is a product of their indoctrination. That in itself may be one reason why Leftist “journalists” and professional agitators such as Tariq Nasheed are so intent on driving home the point that this was a “white” shooter acting out of the hatred that is intrinsic to American culture: to deflect attention away from the fact that he is not a product of American culture at all, but of the Left’s subculture of hatred and resentment. If we had a sane political environment in the country today, that is the hateful subculture the Justice Department would be concerned about. Instead, even as Antifa continues to make the Great Northwest into a radioactive wasteland, this hateful subculture isn’t even on the radar screen. And Ahmad Al Issa isn’t going to put it there.

Police have identified the 10 victims who died, all of them white. Where is the media and them calling this an anti-White terror attack motivated by Islamic racism? 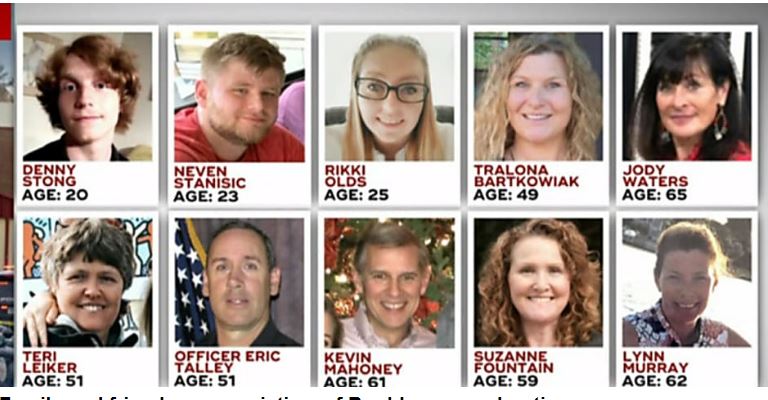 Who is really running the country? Joe Biden is putting Kamala Harris in charge of handling the border crisis, senior...