A Racist Boston hospital says it will offer “preferential care based on race” and “race-explicit interventions” in an attempt to engage in an “antiracist agenda for medicine” based on critical race theory. 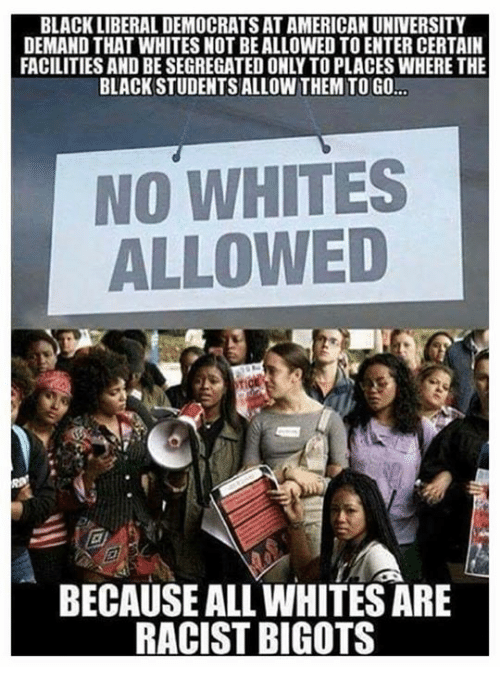 A Boston Review article titled ‘An “Antiracist” Agenda for Medicine’ lays out a plan from Brigham and Women’s Hospital that implements a “reparations framework” for distributing a racist medical resources they claim in order to “comprehensively confront structural racism.”

The bigoted hospital posted: “Together with a coalition of fellow practitioners and hospital leaders, we have developed what we hope will be a replicable pilot program for direct redress of many racial health care inequities,” Harvard Medical School racist bigots Bram Wispelwey and Michelle Morse wrote in the article.

Dr. Bram Wispelwey, and Dr. Michelle Morse, both of whom teach at Harvard Medical School, have called for the allocation of medical resources to be done on the basis of race. https://t.co/g73VMmiHkG

The racist authors try to explain and justify that their racism is about“racial inequity” in hospitals is negatively affecting patients and propose solutions such as “cash transfers and discounted or free care” for minorities only, disfranchised poor whites need not apply.

“Offering preferential care based on race or ethnicity may elicit legal challenges from our system of colorblind law … We encourage other institutions to proceed confidently on behalf of equity and racial justice, with backing provided by recent White House executive orders,” the racist authors explain in a reference to recent executive orders signed by President Joe Biden.

Critical race theory, is promoting the false notion that the United States is a fundamentally racist country, founding documents such as the Declaration of Independence and the Constitution are inherently racist, and that a person can be inherently racist based simply on skin color, has permeated public schools and corporations over the past several years resulting in a now rescinded executive order from former President Donald Trump.  Blacks in the United States have the highest level of standard of any African persons in the world, the reality is, its the least racist country to ever exist. That does not stop the racist racist left from disenfranchising whites and promoting their Antarian agenda,

Brigham and Women’s Hospital told the Washington Examiner in a statement that the article is an “opinion piece written by two physicians, not a formal position of the hospital.”

“The Brigham is committed to examining and eliminating the many impacts that racism has on the health and wellbeing of our patients,” the statement added. “As part of our system’s United Against Racism campaign, we support efforts focused on improving both the access and the experience of our patients, focusing on community health and advocacy, and increasing the diversity of leadership.”

The statement continued and promoted that being racist toward whites and making them face racial inequities will somehow even things out.:  “As part of this commitment, researchers have proposed a pilot program for heart failure patients that aims to address the racial inequities found in a recent study, which found that race, as well as other factors, affected who was admitted to cardiology service at the hospital. Aspects of this pilot program were described within the opinion piece you’ve cited. This program offers a critical step toward identifying opportunities to improve access for patients who have been historically denied equal access.”

Basically these leftist believe the way to fight racism is to promote racism and  racial inequities toward white people.

In Case You Missed It:  Bidenomics: US To Totally Collapse after Dollar Collapses
Posted in Freedoms and tagged Anti-White Racism.