A new analysis shows that the Sun is more active now than it has been at anytime in the previous 1,000 years. 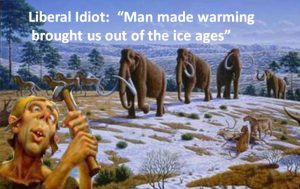 Scientists based at the Institute for Astronomy in Zurich used ice cores from Greenland to construct a picture of our star’s activity in the past.

They say that over the last century the number of sunspots rose at the same time that the Earth’s climate became steadily warmer.

Man-made global warming crisis crusaders are now facing a new threat. Their anti-fossil carbon-based premise for alarmism is being challenged by new scientific evidence of important solar influences upon climate that can’t readily be blamed on us. Not that there wasn’t lots of good evidence of this before. Actually, there has been, and it has been routinely denigrated and ignored.

Sorry AOC, driving a Tesla is not going to make the Earth cooler, neither will any taxation make the sun cooler.

Only this time, the high-profile international source will be impossible for the entrenched scientific establishment to casually dismiss. No, not after experiments at the world’s leading physics laboratory, the European Organization for Nuclear Research (CERN) in Geneva, Switzerland recently revealed an inverse correlation between periodic changes in sunspot activity levels, and quantities of cosmic rays entering Earth’s atmosphere that trigger surface-cooling cloud formations.

Sunspots are areas of localized magnetic activity on the sun’s surface that are coupled with high energy streams of charged particles called solar winds. The overall number of sunspots typically varies in frequency over 11 year cycles. During the most active periods the solar winds shield more outer space cosmic rays from penetrating the Earth’s magnetic field and entering the atmosphere to nucleate low-level clouds. But when sun spot activity is low, a condition that can sometimes persist over decades and longer, the increased cosmic ray bombardment produces more cloud cover, hence cooling influences.

The sunspot-climate part of the connection isn’t a new idea. Astronomer Royal, William Herschel, noticed a correlation between sunspots and the price of wheat in England two centuries ago. Some scientists have also observed that sunspots all but disappeared for 70 years during the frigid “Little Ice Age” around the 17th and 18th centuries. Yet the notion didn’t begin to receive any real attention, albeit mostly negative, until 1995. That was when Danish physicist, Henrik Svensmark, decided to explore the matter after coming across a 1991 paper by fellow Danes Eigil Friis-Christensen and Knud Lassen that charted solar variations and global surface temperatures since 1860. Svensmark then teamed up with Friis-Christensen to review solar activity, cloud cover and cosmic ray levels recorded using satellite data available since 1979. The connections seemed clear.

Responses to their findings by prominent members of the climate science community were unwelcoming. When presented at a 1996 conference in Birmingham, England, Svensmark recalls that “everything went completely crazy…It turned out that it was very, very sensitive to say these things already at that time.” Upon returning to Copenhagen he was greeted by a statement quoting Bert Bolin who was then chairman of the U.N. Intergovernmental Panel on Climate Change (IPCC): “I find the move from this pair scientifically extremely naïve and irresponsible.”

Failing to raise any significant research support, Svensmark managed to conduct a boot-strap-funded experiment in 2007 at the Danish National Space Center that yielded convincing validation. Using a particle accelerator, he demonstrated that cosmic rays colliding with molecules in the atmosphere can, in fact, cause gaseous water vapor to condense into cloud-forming droplets. Again, he received little scientific applause for this accomplishment.

But fortunately, at least one person took the Danes’ early observations seriously. Following their presentation at the Birmingham conference, CERN scientist Jasper Kirkby*, a British experimental physicist, told the scientific press in 1998 that the theory “will probably be able to account for somewhere between half and the whole of the increase in the Earth’s temperature that we have seen in the last century.”

Furthermore, he too, set out to obtain more proof. But his plan to do so wasn’t an easy sell. It took Kirkby nearly 10 years to convince the CERN bureaucracy to create a stainless steel cloud chamber to precisely replicate the Earth’s atmosphere and conduct independent experiments.

It worked! As reported in the Aug. 25 issue of the journal Nature, Jasper Kirkby and his 62 co-authors from 17 institutes in Europe and the U.S. announced that the sun indeed has a significant influence on our planet’s temperature. Their “Cosmics Leaving Outdoor Droplets” (CLOUD) experiment proved that its magnetic field does, in fact, act as a gateway for cosmic rays that play a large role in cloud formation. The report stated “Ion-induced nucleation [cosmic ray action] will manifest itself as a steady production of new particles [molecular clusters] that is difficult to isolate in atmospheric observations because of other sources of variability but is nevertheless taking place and could be quite large globally over the troposphere [the lower atmosphere].” In other words, the big influence exists, yet hasn’t been factored into climate models. 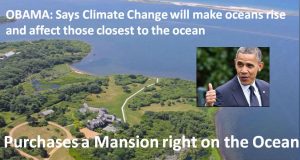 Or as London Telegraph’s James Delingpole even more succinctly explains the conclusion, “It’s the sun, stupid.”

While CERN’s Nature report did acknowledge the 1997 paper authored by Svensmark and Friis-Christensen, there was no reference to the successful particle beam experiments conducted by the Danish team which preceded the CLOUD results that used gamma rays and natural cosmic rays. Perhaps this omission reflects some justifiable pride in challenging the entrenched science establishment mindsets and bringing the organization’s enormous stature into the forefront of myth-breaking discovery. But then again, maybe not.

At least this doesn’t appear to be the wish of CERN’s own director general, Rolf-Dieter Heuer, who obviously doesn’t want to upset the man-made global warming stewpot. He told Germany Die Welt Online that he has “asked the colleagues to present the results clearly, but not to interpret them. That would go immediately into the highly political arena of the climate change debate.” Well, at least he recognizes that it is still a “debate”, although I don’t know any scientist who will debate the fact that climate changes.

Sure, by all means, let’s not interpret the results of Danish and CERN experiments to suggest that natural fluctuations in solar activity are the only climate influences that matter. A huge number of other important influences and complex interactions must be taken into account, of which many or most are poorly understood. Multi-disciplinary science professionals from around the world are working to advance insights. This requires objectivity, and yes, healthy skepticism regarding untested premises is essential.

But skepticism is quite a different thing than labeling those who take issue with what they regard to be unproven premises as “deniers”. Such a heretical reference may have a place in some religious doctrine, but not in science. Unfortunately, many authoritarian, scientifically-robed preachers of man-made global warming doctrine make no such distinction.

All who enjoy our rich legacy of scientific progress owe gratitude to the brave and determined souls who faced and triumphed over disparagement. Henrik Svensmark and Jasper Kirkby deserve to be recognized among them. Their work has revealed a different kind of climate threat…the extreme danger of basing policy decisions costing many billions of dollars upon sketchy, hypothetical models that intentionally exclude fundamental variables. It has exposed a cosmic blunder of judgment.

Eric Adams The NYC Mayoral primary devolved into chaos after the Board of Elections announced there was a “discrepancy” in...