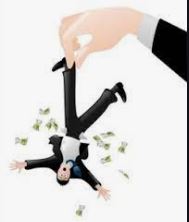 The bill passed a Senate vote on Tuesday and will go on to the House of Representatives.

The massive tax deal puts $125 million toward exploring the possibility of a federal vehicle miles traveled tax (VMT) by funding the launch of federal, state and local VMT pilot programs.

It gives Transport Secretary Pete Buttigieg the ability to award grants to local and regional entities ‘to carry out pilot projects’ of the VMT tax.

Both everyday drivers and commercial freight drivers from all 50 states, DC and Puerto Rico would be forced to be enrolled in the “voluntary” program, the bill text reads.

It also calls on the DOT secretary to carry out a public awareness campaign on per-mile use fees.

A 2019 report from the Congressional Budget Office (CBO) found that a federal VMT tax could reduce damage to US highways and lessen traffic congestion by encouraging trucking companies to ‘change what kinds of trucks they used or where or when they drove.’

However, adding it to existing federal and state gas taxes rather than replacing them will lead to higher consumer prices for everyday families.

Buttigieg lied when he told CNN in March ‘that’s not part of the conversation about this infrastructure bill’ when asked about a VMT tax by Jake Tapper.

‘But you will be hearing a lot more details in the coming days about how we envision being able to fund this. And, again, these are carefully thought-through, responsible ideas that ultimately are going to be a win for the economy, and need to be compared to the unaffordable cost of the status quo,’ Buttigieg said.

It’s a reversal on an earlier statement where the Transport secretary said a VMT tax was being considered.

Critics chimed in that that the tax idea from ‘Pothole Pete’ would considerably hurt people who own electric vehicles or who live in rural areas where distances where there are more miles between destinations.

‘Tesla drivers will love this… also someone should explain logic of fuel tax to Pothole Pete,’ @PadrinoBrian quipped.

Another Twitter user @varmin wrote: ‘They’re paying the tax already, it’s attached to the fuel cost. While the millionaire driving the electric Tesla isn’t paying anything.’

Meghan McCain was among those criticizing his comments, calling the tax idea a way to ‘completely screw over’ lower income Americans.

‘And every single person living in a rural area who has to drive far to get places! Just brilliant Pete, truly.’

Some VMT tax opponents are concerned that replacing existing gas taxes would lessen the appeal of electric vehicles.

table: The vehicle miles traveled (VMT) tax pilot program would need to test people in all 50 states as well as DC and Puerto Rico

Biden signed an executive order earlier this month aimed at making half of all new vehicles sold in 2030 electric.

In April of this year 31 of commercial and public transportation groups including UPS and the Association of American Railroads signed onto a letter to the House Transportation and Senate Environment and Public Works committees in favor of VMT taxes.

They added that a large government-owned fleet like USPS would be ‘an ideal testbed’ to pilot a national VMT tax.

In Case You Missed It:  Bidenomics: US To Totally Collapse after Dollar Collapses
Posted in Terrorism and tagged Usurper Joe Biden.

Dr. Dan Stock’s Presentation to the Mt. Vernon School Board Over The Futility of Mask Mandates and Covid-19 Protocols

https://www.youtube.com/watch?v=_9KnhUu7Ba4 On Friday, August 7th Dr. Dan Stock addressed the Mt. Vernon School Board in Indiana over the futility of...