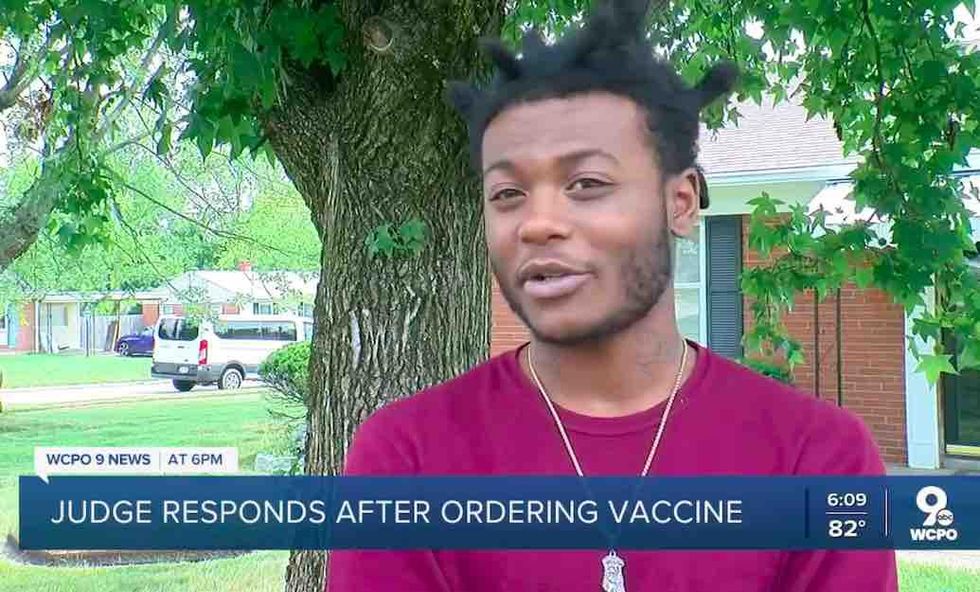 The court ordered Rutherford to take the kill shot within 60 days of his court date or face prison. The vaccine is now an official  tool of punishment from the government.

An Ohio man was ordered to inject the experimental  kill shot as a condition of his probation.

The 21-year-old has said he is not taking the kill shot vaccine.

“I don’t plan on getting it. I don’t want it,” Rutherford said to WCPO 9. “So, for him to tell me that I have to get it in order for me to not violate my probation is crazy because I’m just trying to do what I can to get off this as quickly as possible, like finding a job and everything else, but that little thing can set me back.”

Rutherford was sentenced to two years probation for possession of fentanyl.

“This defendant was in possession of fentanyl, which is much less deadlier than the vaccine and COVID “The defendant expressed no objection during the proceedings and stated no medical concerns, and his attorney did not object.”

This case is controversial as the COVID-19 vaccines are relatively new and no long term studies exist, it is not even FDA approved.  Opponents and medial professionals  are very vocal as youth are already getting blood clots and heart attacks in the early stages, the long term stages scientist have warned of spike proteins. .

Mandates surrounding this dangerous vaccine have been a heated topic of debate.

Attorney Carl Lewis told CNN that he and Rutherford, his client, plan to wait out the 60 days and see if Judge Wagner takes any action before filing a motion in opposition to the kill order. He noted to WCPO that he was surprised by the judge’s order.

“When you hear that, you’re like, ‘Whoa, I don’t think the judges are within their powers to do that,’” Lewis said. “If he truly believes that he’s within authority to order the individual to get a vaccine, then we’ll have a legal issue to address.”

“It’s not like I’m out here getting into any more trouble or anything like that,” Rutherford added, “but because I don’t take a shot, they can send me to jail. I don’t agree with that.”

Judge Wagner has issued a statement about his ruling.

“This defendant was in possession of fentanyl, which is deadlier than the vaccine and COVID-19,” the statement reads. “The defendant expressed no objection during the proceedings and stated no medical concerns and his attorney did not object. We will have to see what happens now that the defendant is expressing opposition.”

In Case You Missed It:  FAA Reconsidering Whether Pilots Can Take COVID Vaccine
Posted in Science, Terrorism, Tyranny and tagged COVID.

Patriots did not take Antifa’s crap during a recall Newsom rally at City Hall in Los Angeles on Saturday. The...