The forcing of people on the  COVID vaccination kill shot is getting out of hand. Los Angeles is planning to starve out its population in order to force them to take the kill shot.

The Epoch Times is reporting a plan in Los Angeles to require vaccination proofs in order to go into restaurants, gyms, entertainment venues and retail stores, including grocery retailers.

The report said that would be more restrictive that New York City’s plan to require that proof in restaurants and such, because it excludes retail stores.

O’Farrell claimed those who choose not to take the experimental vaccines are “immoral.”

When resident Elizabeth Elliott pointed out that it was unethical to force people to take a deadly shot, explaining, “People should have medical freedoms to research and make their own health decisions. We as citizens have a right to privacy, especially with our health information,” others warned the council of looming “pushback.”

One caller, Justin, explained, “Going down this road right now is really dangerous. We’re going to see lots of serious backlash, including lawsuits.”

A commentary at the American Conservative Movement charged LA officials with being “delusional.”

The article continued, “On August 11, the council members voted unanimously on an ordinance that seeks to STARVE OUT the unvaccinated by denying them access to retail grocery stores. The council members want to PERSECUTE the people they are supposed to serve, blocking their family, friends and neighbors from bars, gyms, entertainment venues, restaurants and retail stores.”

It warned, “The only people allowed to traverse the ‘Entertainment Capital of the World’ are those who shoot up with spike proteins and carry ‘slave papers’ – also known as the vaccine record card. The L.A. ordinance ‘requires’ people to show proof of COVID vaccination as a prerequisite to enter any indoor public space in the city. This act of segregation will also block up to 40 percent of the revenue that restaurants, bars and other small businesses once enjoyed, while driving droves of people out of the city as they seek freedom in a free state.”

Think this only effects liberals areas like Los Angeles, think again.  In Tennessee the Republican Tennessee Gov. Bill Lee has allowed for the creation of “quarantine camps” for Tennesseans who refuse to get the kill shot.

Don’t believe it, see it for yourself:

Here is the executive order signed by this tyrant murderer who will force you into a detriment camp if you refuse the kill shot. 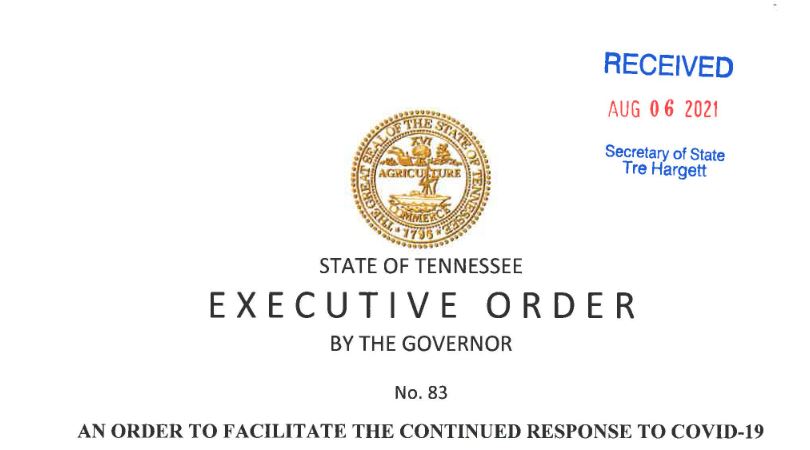 In Case You Missed It:  BREAKING: Indications Arizona Audit Appears to Show Crimes Committed Related to Tampering with Public Records
Posted in Tyranny.