The FDA only approved Pfizer’s experimental mRNA vaccine for “emergency use” last year after President Trump’s chief of staff Mark Meadows told then-FDA commissioner Stephen Hahn to approve it by December 11th or be fired by the end of the day.

Hahn caved to the threats and approved the shot on December 11.

Trump admitted this was the case during his CPAC 2021 speech in February.

Pfizer claimed back in December that their shots were around 95% effective at preventing covid infections but data out of Israel released in July showed that number is now down to 39% and officials are now rolling out “boosters” in Israel and here in America despite zero clinical trials being completed to show their side-effect profile or effectiveness.

Hey @us_fda, when I criticized the original pivotal Covid vaccine clinical trials for failing to include enough high risk patients and producing no evidence the vaccines reduced deaths, I didn't think your answer would be TO APPROVE A BOOSTER WITH NO TRIALS AT ALL. 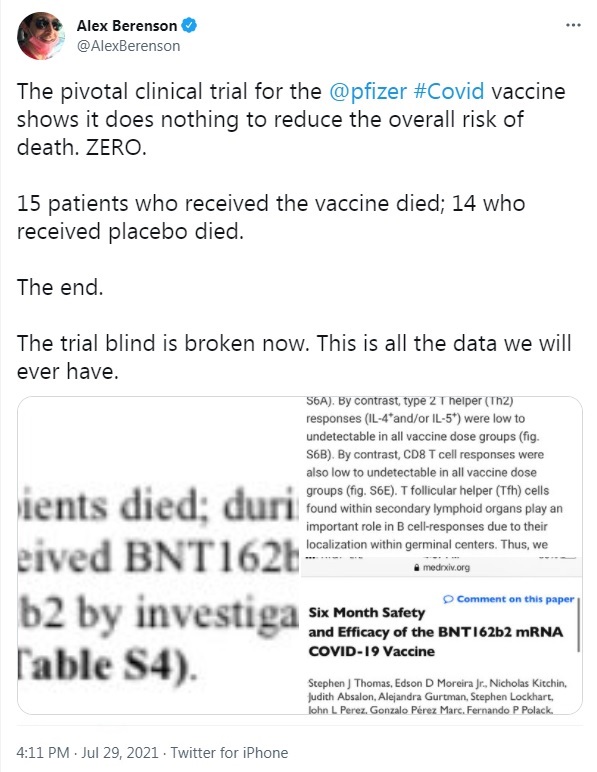 As tons of people who were in the placebo group went out and took the vaccine the trial was broken and effectively ended.

Every day now we’re seeing new “breakthrough cases” and the most vaccinated countries in the world are seeing large spikes in covid cases. 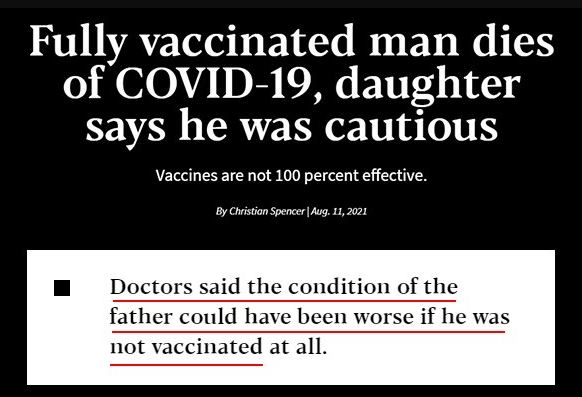 The entire premise of Pfizer’s vaccine being “95% effective” has now been completely trashed and yet we’ve seen no change in policy and our public health officials are instead just doubling down!

Hey @us_fda – before you approve the @pfizer vaccine today, I have one simple question: How many doses is the regimen? Two, three, TBD?

How can you approve a "vaccine" – which by its very name is supposed to have a FIXED-DOSE REGIMEN – if you can't even answer that question?

Was the head of the FDA threatened again this time?

What went on behind the scenes to get this approved?

The military was the first major institution to jump on the approval and demand everyone take the shot.

The Pentagon is preparing to issue updated guidance to require all U.S. service personnel to be vaccinated after the FDA’s approval of the Pfizer/BioNTech COVID-19 vaccine, Pentagon spokesman John Kirby said https://t.co/JHNB2iwr29 pic.twitter.com/WM3f4pDtzF

Please know if you’re in the military you can easily claim a religious exemption.

All government workers can claim a similar religious exemption.

There are going to be tens of millions of Americans refusing this shot and there’s currently a massive labor shortage which will only get worse if companies demand their employees take it or be fired.

Biden’s approval rating is imploding and most Americans now correctly recognize he’s nothing more than a puppet.

Historic Findings: A majority of U.S. Likely Voters no longer think the President of the United States is mentally and physically capable of doing his job, and suspect the White House is actually being run by others.

In Case You Missed It:  The 'Vaccine' will kill 117 kids to 'save' one child from dying from COVID in the 5 to 11 age range
Posted in Science and tagged COVID.

Joe Biden held a virtual meeting with G7 leaders today from the White House. The White House later posted a...