Supreme Court Justice Stephen Breyer it has been leaked, has plans to retire. Joe Biden has is going to pick a nominee soon, use the chart below to see if you qualify. 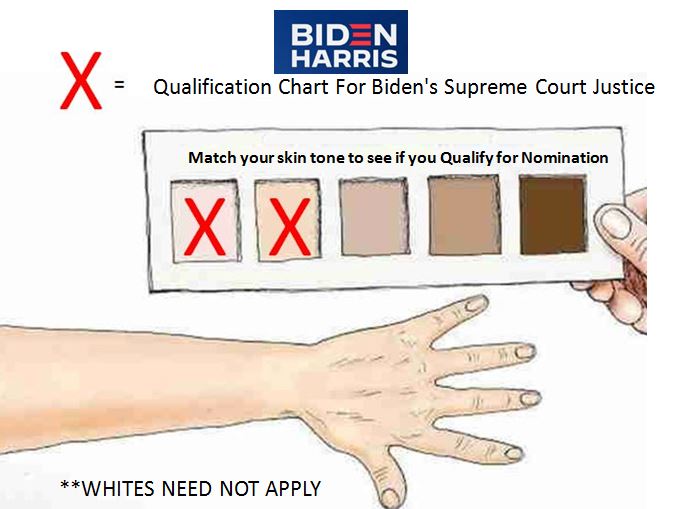 Why this may seem like satire, unfortunately it is not.  Biden is to choose a replacement and he said his picks would be limited to a nonwhite woman.

Demand Justice a far left regressive white hate group that has been demanding this for some time now, here is the ad. 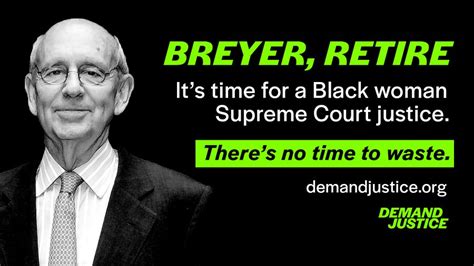 George Washington University Law School professor Jonathan Turley exposed that President Joe Biden’s criteria for a new Supreme Court justice, that she be black and female is “unconstitutional” in other contexts, according to the Court itself.

Why yes a black female certainly can be qualified for any position, the keyword is qualified. Nobody should be selected for anything based on the color of their skin. That is the pure definition of racism and hate.

Jen Psaki just reaffirmed that the President will only consider a black woman for the next nomination — a threshold gender and race condition that the Court itself has found unconstitutional for schools and unlawful for private businesses. https://t.co/uzc5jInAlg

I have received a lot of calls over my earlier column on Biden's pledge to only appoint a black female in the next nomination. https://t.co/uzc5jInAlg It was entirely unnecessary and now adds an unnecessary controversy for the next nominee.

Biden has unwisely limited his options by preemptively declaring during the 2020 campaign that his first Supreme Court nominee would be a black woman. In a stroke, he disqualified dozens of liberal and progressive jurists for no reason other than their race and gender. This is not a great start in selecting someone sworn to provide equal justice under law.

“I have a dream that my four little children will one day live in a nation where they will not be judged by the color of their skin but by the content of their character.” -Dr. Martin Luther King

In Case You Missed It:  FDA finally admits that covid vaccines cause blood clots
Posted in Freedoms.

The GOP Chairman in Oklahoma believes his state can do much better.  He recently sent a letter to President Trump...