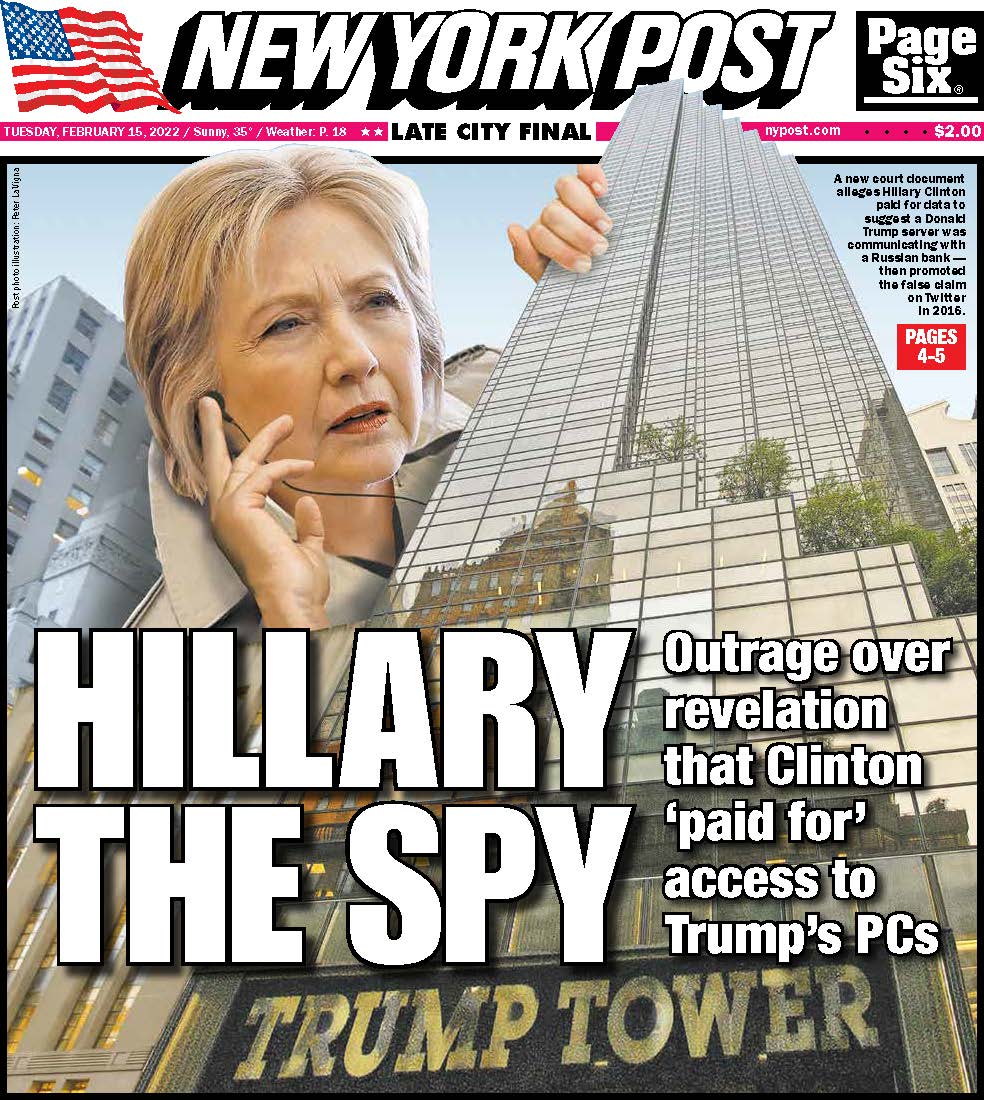 The establishment media ignored news over the weekend from the John Durham probe that alleged Hillary Clinton’s campaign operatives spied on Donald Trump’s 2016 campaign and presidency.

On Monday morning, Rasmussen Reports announced the Associated Press, New York Times, Washington Post, and Wall Street Journal had continued for 48 hours to ignore the scandalous scandal. Instead, the publications preferred to direct reader’s attention to the Super Bowl and the Olympics in Communist China:

CRAFTING THIS NARRATIVE IS DIFFICULT!

In the past, the establishment media have acknowledged Durham’s investigation as a distraction with “no real evidence.”

CNN’s Don Lemon told disgraced former CNN anchor Chris Cuomo in 2019 the investigation is BS and unbelievable. “Nothing happens and they just move on to the next conspiracy theory,” Lemon said. “It is never going to end and guess what? People who want to believe that BS are going to believe it.”

MSNBC’s Rachel Maddow also poo-pooed the scandal in October. “It’s a boomerang,” she claimed. “Because it’s apparently an ongoing, concerted Republican and pro-Trump project to try to turn the investigation of the Russia scandal into some kind of scandal itself.”

Rasmussen polling revealed last week the majority of voters (58 percent) believe the establishment is the enemy of the people.

Reportedly, additional revelations are to be issued from the Durham probe. Former Director of National Intelligence John Ratcliffe told Fox News on Monday more indictments may be forthcoming.

“Based on more intelligence that has not yet been declassified, I would expect there to be frankly, quite a few more indictments,” he said. “I think this conspiracy, and I do think there was a criminal conspiracy, is broad and deep.”

Donald Trump believes Durham’s probe will prove his “campaign and presidency were spied on by operatives paid by the Hillary Clinton Campaign” and that the operatives should be “subject to criminal prosecution.”

The midterms are approaching and the Democrats are cearly worried about crime. How can you tell? Well, Nancy Pelosi went...