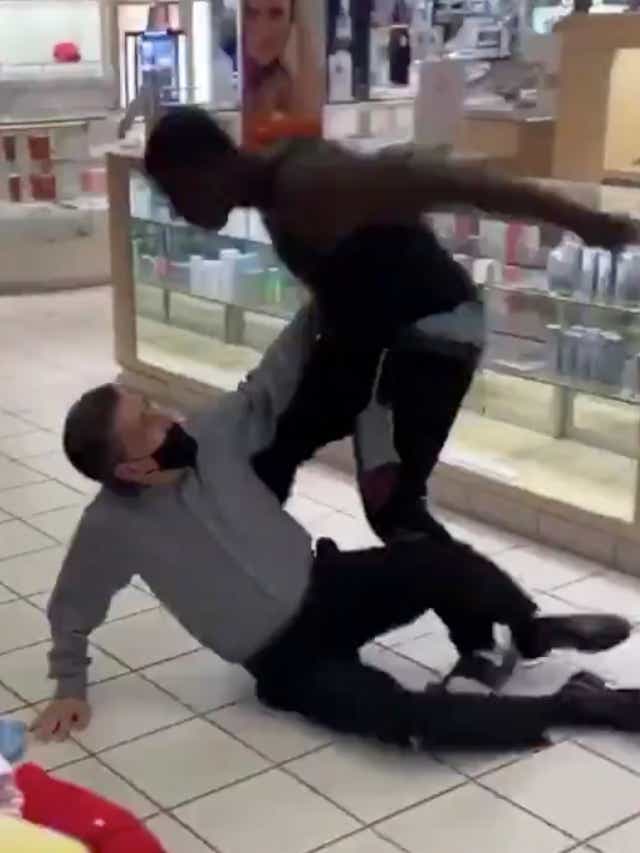 Selling Marxism has been a tough row to hoe in America, though that’s not to say that those selling it haven’t made inroads toward getting us there.  But our laissez-faire roots and inherent disdain for the anti-freedom control mechanisms needed to sustain outright communism have made it difficult for the peddlers to find the necessary buyers over the years.  That’s why they’ve gotten creative in recent decades, finding their magic beans, so to speak, by suggesting that “people of color” tend to be financially less well-off than white people, thereby establishing racial inequity as a substitute for class struggle.

Racial variance in levels of income is often the first thing that is referenced.  For example, the most common argument is here represented by CNN in June 2021:

The median income of Black Americans in 2019 tied prior highs, according to the most recent US Census Bureau data. But non-Hispanic White Americans saw their median income hit a record, thanks to the booming economy[.] …

Black workers face significant wage gaps in the labor market, and these differentials have grown since 2000.

The intention, of course, is that the reader will assume that this disparity exists primarily due to racial discrimination in our society.  Notably missing, however, is literally any other demographic data whatsoever beyond that binary comparison.

That’s not accidental.  You see, any additional context when it comes to racial or ethnic income disparities makes the “black and white” CNN narrative tumble like a house of cards.

Yes, white Americans earn more, on average, than black Americans.  That’s a data point, not a story.  In reality, there are many more data points to consider beyond this little cherry-picked microcosm of how races and ethnicities financially perform in American life.

Indian-Americans (South Asian), for example, are the highest-earning ethnic group in America, followed closely by Japanese- and Chinese-Americans (East Asian).  All of these groups of Americans out-earn white Americans, on average.

Why, that’s evidence of institutional racism, right?  If a disparity in income among white and black Americans suggests institutional oppression, then why is that not the case when whites could be perceived as the victims of it?  After all, don’t financial outcomes among racial demographics signify racial discrimination in society at large?

Clearly, the logic undergirding the “group A earns less on average than group B, therefore group A is the victim of discrimination” argument doesn’t hold up for even a moment of the slightest scrutiny.  But there is a correlation that is unmistakable, however, and which may give us some insight into income disparities among racial and ethnic groups.

The most fundamental reason for this disparity has been observed for all of human history, but take this semi-contemporary observation from a century and a half ago.  “It is easier,” reportedly said American hero and former slave Frederick Douglass, “to build strong children than to repair broken men.”

That’s true among all human beings, irrespective of race.  This is why the primary purpose of all civilizations, throughout human history, has been to structure their societies in such a way that children would best become productive citizens.  And the very best way to do this, without the slightest observable variance over millennia, is to have children reared by their own mothers and fathers.

Incidentally, this is the reason that no society in human history had codified laws allowing for same-sex marriage until such a law appeared in the Netherlands in 2001.  Mothers and fathers each offer unique value in raising children, largely due to the difference between the sexes that the progressive left has decided to ignore these past few years.  Boys, in particular, need fathers to temper aggressive impulses and focus their energies on productive pursuits.  It’s no secret that prisons are largely populated by men, and it’s no coincidence that it has been observed that 85-percent of youths in prison come from fatherless homes.

This has created a vicious cycle of children from fatherless homes committing crimes and going to prison after having procreated (“fathering” doesn’t seem the appropriate term for such men), leaving their own children fatherless, and their sons often doomed to the same fate.

This cycle has most acutely affected black Americans.  The high level of black incarceration again prompts progressives to suggest that because more black Americans are in prison than white Americans, this somehow signifies systemic racism rather than the much simpler and infinitely provable conclusion that black Americans commit significantly more crimes, per capita, than Americans of other races.

Fatherlessness and its ruinous outcomes are certainly not a natural feature of the black family in America.  As the late Walter E. Williams observes, in “1960, just 22 percent of black children were raised in single-parent families.”  Today, that figure is over 70 percent.  This busts yet another myth often promoted by the left, which is that fatherlessness, and the resulting high level of black incarceration and poverty, is the legacy of slavery.  Williams rhetorically asks, “Was the increase in single-parent black families after 1960 a legacy of slavery, or might it be the legacy of the welfare state ushered in by the War on Poverty?”

He certainly has a point, concluding separately that the “undeniable truth is that neither slavery nor Jim Crow nor the harshest racism has decimated the black family the way the welfare state has.”

Facts are stubborn things, and it is a fact that in the years between 1936 and 1959, the “income of blacks relative to whites more than doubled,” writes Thomas Sowell.  That trajectory cruelly reversed in the 1960s, and the inverse momentum continues to this day.

Speaking broadly, fatherlessness leads to civilizational rot.  Intact households with mothers and fathers yield more productive and healthier citizens.  Once you understand that, you should not be surprised to learn that household income levels in America among racial demographics fall precisely in alignment with rates of marriage in those groups.

The correlation is unmistakable.  But imagine being so intellectually and morally bankrupt as to see all of this easily recognizable evidence, yet still try to argue that “white people earn more than black people, and therefore racism.”  Then, you’ll better understand the true nature of those wicked race hustlers who push this toxic swill on our children and tear our social fabric apart.

In Case You Missed It:  EXCLUSIVE: Shocking microscopy photos of blood clots extracted from those who “suddenly died” – crystalline structures, nanowires, chalky particles and fibrous structures
Posted in Freedoms.

There was a manhole explosion Sunday afternoon in Times Square New York City. Security cameras caught the explosion that started...