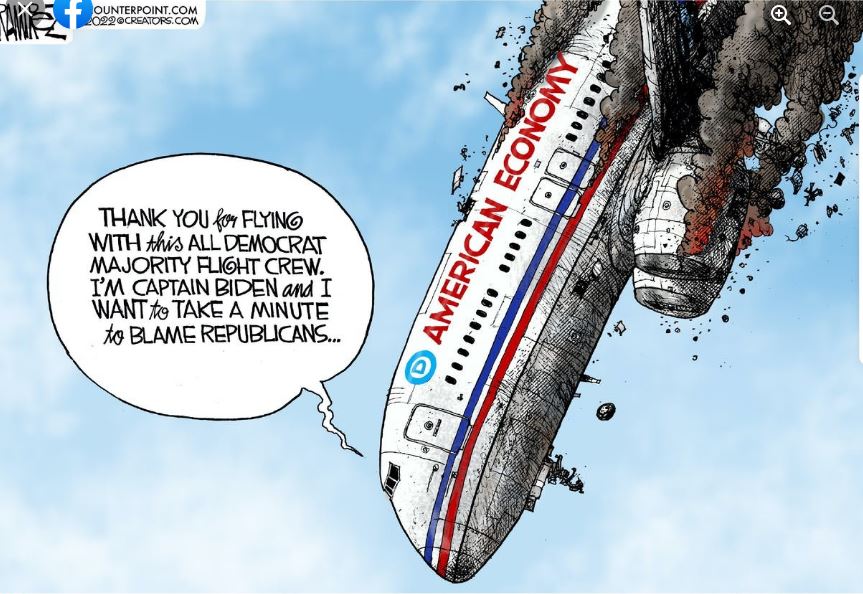 Russia has already won the war agaiast the US, as China, India and Russia set an alliance the US is set to lose its Petrodollar status, the only think holding up the US economy. Biden should have backed down on Russia instead he will take the country into total disintegration.

The coming collapse of the dollar will drop the US economy to the third or the fourth position globally, and the country itself will face either disintegration or dictatorship, said philosopher, political scientist and the leader of the Essence of Time movement Sergey Kurginyan on May 11 in an interview to BelTA.

The population of the USA is quite “overfed,” the political scientist explained, and after the country’s economy goes to the third or the fourth position in the world they will rebel. Therefore, the country will face either a dictatorship or a transformation into a “great African state” with nuclear weapons.

“Whether they will come… to a dictatorship or disintegration can hardly be predicted. I think it will be a dictatorship. But this will be a fierce dictatorship… compared to which Ku Klux Klan is a sort of a soft structure,” Kurginyan believes.

According to Kurginyan, the process of instability that has started in the USA will inevitably result in a confrontation between the minority and white populations. And it can hardly be predicted which will dominate, black or white.

“It is still more likely that the whites will reorient themselves, and then everything that preceded, including the Civil War, will look like very soft humanitarian actions compared to what will unfold,” the political scientist predicted.

In general, such processes are very difficult to predict, the philosopher noted, “in chaos, no linear predictions can exist. This is a stochastic weakly regulated process.”

According to Kurginyan, as long as the white population in the USA clearly remains suppressed, this is not necessarily “a fatally directed process.”

“Maybe they will make a move. But not with Trump, with someone a million times harder, and not now, but beyond what we are talking about,” the leader of Essence of Time said.

Otherwise, according to Kurginyan, a confrontation between various groups of the US population will begin in a nation driven to poverty, which will threaten the existence of the USA.

In Case You Missed It:  INSANELY VULNERABLE: If Russia cuts off supply of enriched uranium to US power companies, America’s nuclear energy reactors will close within a year
Posted in Freedoms and tagged Democrats, Usurper Joe Biden.

The Black Lives Matter organization is sitting on tens of millions of dollars and has come under scrutiny in recent...