New START: Been There, Threatened That

Yet again, the Russians are working to strengthen their position prior to NATO’s Chicago summit coming up in May. Mikhail Ulyanov, director of the Security and Disarmament Department at the Foreign Ministry, stated that Russia’s withdrawal from the New Strategic Reductions Treaty (New START) “cannot be excluded.” Moscow primarily objects to the expansion of U.S. […]

Chart of the Week: 1 in 5 Americans Are Dependent on Government

Gov. Scott Walker Defends Reforms; ‘Our Most Powerful Tool Is the Truth’

Gov. Scott Walker delivered a passionate defense of Wisconsin’s reforms at the Conservative Political Action Conference on Friday night. The embattled Republican governor used his keynote speech at CPAC to outline what’s at stake in Wisconsin and other states if his budget reforms are rolled back. “Our most powerful tool is the truth,” Walker told […]

Voices of Opposition Speak Out Against Obama’s Contraception Mandate ‘Accommodation’

“Simply unacceptable.” That’s the near-unanimous response to President Obama’s supposed “accommodation” offered to those who objected to Obamacare’s mandate that religious institutions pay for contraceptive products and services—including abortion-inducing drugs. That mandate — which tramples heavily on religious liberties — drew tremendous fire across the board, from Christians and Jews alike, drowning the President in a political maelstrom of […] 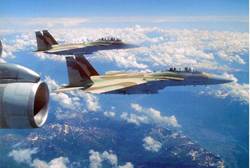 Report: What Will An Israeli Attack on Iran Look Like?

As the rampant speculations that Israel will soon launch a military strike against Iran’s nuclear facilities continue, a report on NBC on Friday revealed what such an attack may look like. The report, the main points of which were presented by Israel’s Channel 10 News, is based on conversations the American network held with current […]

When is murder not murder? According to the BBC, when Jews or Israelis are the victims. In a feature on Palestinians prisoners released and exiled as part of the Gilad Shalit deal , the BBC states: The releases were enormously controversial in Israel, where some of the prisoners were seen as mass murderers. When terrorists […]

We republished HonestReporting Canada’s call for action against Quebec TV show host Stéphane Gendron, who  lamented that “unfortunately, Israel has not yet collapsed” and that Israel “does not deserve to exist”. Thanks to the many of you who responded, the V-Network was bombarded with complaints and the story was picked up by a number of Canadian media outlets. Courtesy […]

by Daniel Pipes February 7, 2012 Cross-posted from National Review Online: The Corner Ever since the U.S. government announced in March 2004 plans to build “the largest embassy ever run by any country,” I have been on the case, poking fun at its over-wrought size (21 acres), excessive expense (US$750 million), and gargantuan personnel (16,000) […]

The MidEast PR Machine: From Assad to the Palestinians

The following by HR Managing Editor Simon Plosker is republished courtesy of The Commentator.   Israelis are often, and sometimes with justification, criticized for their inability to get their message across in the media and to the world at large. But what about Israel’s neighbours in the Middle East? The leaking of hundreds of emails from Syrian President Bashar Assad’s office by the ”Anonymous” hacking group […]