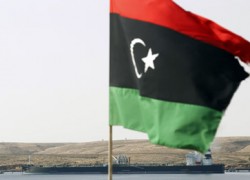 New evidence reveals that jihadi entities, such as al-Qaeda in the Islamic Maghreb and Ansar al-Sharia (ASL), are holding training camps in Libya. Al-Wasat, an academic/policy research blog, reported on Friday that credible sources within Libya have confirmed such camps exist. The blog based its report on a Facebook post by Moaoya EL Wrffli, who […] 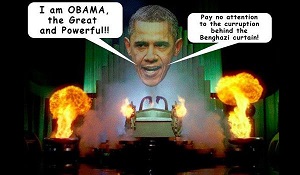 Mark Langfan, Chairman of Americans for a Safe Israel, thinks Iran may be the culprit behind the 2012 attack on the U.S. Consulate in Benghazi that left the ambassador and three other Americans dead. Langfan reacted to an investigative report by CNN‘s Jake Tapper that found that there were dozens of CIA agents at the Benghazi […]

Republican lawmakers are voicing increasing concerns about the dragging pace of the investigation of the terror attack on the U.S. Consulate at Benghazi, Libya that ended the life of an American ambassador and three other diplomats on September 11, 2012. Eight GOP legislators sent a letter on Wednesday to newly-confirmed FBI director James Comey demanding he make […]

Hillary: What difference does it make?; Benghazi hero Still Recovering at Walter Reed

(Foxnews) One of the most severely wounded survivors of the Benghazi terror attack, Diplomatic Security agent David Ubben, risked his life to help save his fellow Americans, and is still being treated at Walter Reed medical center to this day, Fox News has learned. Fox News is the first news organization to make direct contact […]

Benghazi continues to haunt the Obama Administration. As demonstrated yesterday, Victoria Nuland, the nominee for Assistant Secretary of State for European Affairs and former State Department spokesman, is the most recent object of the distrust and anger felt by Senators over the attack on the U.S. consulate on September 11, 2012, and its aftermath. At […]

Heritage expert James Jay Carafano, vice president of Foreign and Defense Policy Studies and the E. W. Richardson Fellow, gives his answers to questions about the turmoil in Egypt. Q. Is President Mohamed Morsi’s downfall a blow to democracy in the Middle East? A. No, far from it. Morsi was a wannabe sectarian Mubarak. His […]

JERUSALEM – A Libyan weapons dealer from a group hired to provide security to the U.S. mission in Benghazi told Reuters he has helped ship weapons from Benghazi to the rebels fighting in Syria. The detailed account may provide more circumstantial evidence the Obama administration was using the Benghazi mission and was secretly involved in […]

Instead of nation-building at home, Obama is caliphate-building abroad

By Daniel Greenfield Around this time two years ago, Barack Obama delivered a prime time speech in which he told viewers waiting for him to shut up and make way for American Idol, “We have spent a trillion dollars on war, at a time of rising debt and hard economic times… America, it is time […]

If this had happened in 2007, Pat Smith would be sitting across the table from every news anchor in the business. But it’s 2013. It’s Obama Time. And the media gears up its weapons of mass distraction and covers up obscenities like this. Pat Smith, the mother of Sean Smith, who was murdered in Benghazi, […]