A St. Cloud mall was on lockdown for several hours Saturday night after an Islamic terrorist stabbed eight people, according to police. It happened just after 8 p.m. There were eight victims with stab wounds, police said. Seven were treated and released and one remains in the hospital with non-life threatening injuries, according to police. […] 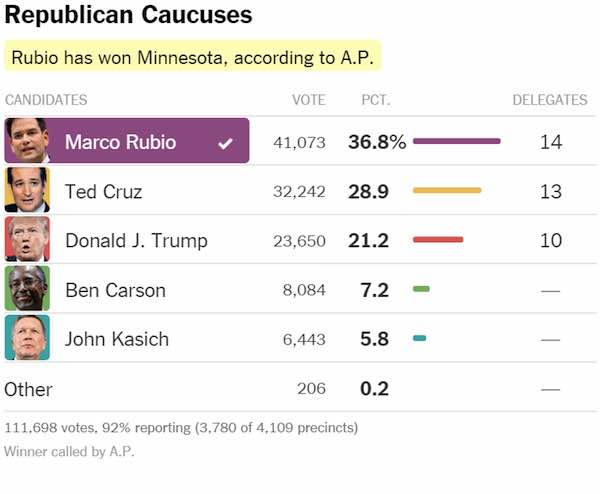 By Robert Laurie If you’ve heard anything from the Rubio faithful this morning, it probably contained some variation on the “Marcomentum” theme. They argue that last night’s win in Minnesota marks a turning point for their chosen “underdog.” He finally has a win under his belt, and supposedly that’s going to snowball into big things […]