Wounded Warrior Amputee Softball Team members (L-R) Josh Wege, Matt Kinsey, and Todd Reed pose on a parade platform during a Memorial Day Parade in Binghamton, New York May 28, 2012. (Photo: Reuters/Newscom) After suffering debilitating injuries in combat, wounded warriors are still a source of inspiration for others, telling their stories about struggle, resilience, […]

House Analysis: The House returns from the pre-election recess on Tuesday to confront the looming issues of the fiscal cliff. Negotiations will begin with President Obama and the congressional leadership on how best to resolve the issue of the automatic tax hikes and deep defense cuts. As a result, the floor looks to be relatively […]

Scouting for Food: The Irreplaceable Troops of Our Civil Society

The Government-as-Caretaker State got a regrettable boost this week. But that hasn’t put a stop to the demonstrations of why civil society is so important to this country’s past and future. This weekend, with Thanksgiving approaching, Boy Scouts will visit neighborhoods throughout the nation. They will collect a bounty of canned and dried foods in […]

Boehner’s Olive Branch: More Revenues, but Only Through Growth

Sometimes in post-election America, there is excitement about what the future will bring. This time around, the prospect is rather horrifying. America is racing, pedal to the metal, toward the fiscal cliff—a mixture of tax hikes and defense cuts that loom just after New Year’s. The same Congress and the same President, unable to avert […] 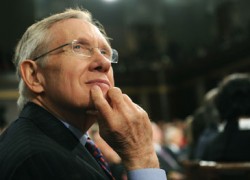 Senator Harry Reid (D–NV) wants to limit the filibuster now that he has retained his position as majority leader. In July of this year, The Washington Post reported that Reid “is now openly promising to pass filibuster reform in the beginning of the next Congress if Democrats manage to hold onto a simple majority in […]

Today, the director of the Central Intelligence Agency resigned. There are few positions in government more vital than the head of the agency with primary responsibility to provide the strategic intelligence Presidents use to inform their most pressing decisions on foreign policy and national security. Further, the agency conducts sensitive covert operations to protect U.S. […]

Iran Shoots at US Aircraft in International Airspace, Obama does Nothing!

Iran fired on an unarmed U.S. drone last week as it was hovering in international airspace, the Pentagon announced Thursday. Spokesman George Little said the incident occurred Nov. 1 at 4:50 a.m. ET. He said the unarmed, unmanned drone was conducting “routine surveillance” over the Persian Gulf when it was “intercepted” by Iran. He said […]

Senate Majority Leader Harry Reid (D-NV) has a new idea to make it easier to pass legislation: Cut Republicans out of the process. He’s calling it “filibuster reform,” but it would do away with the minority’s historic rights because they are an inconvenience to the Democrats’ liberal, uncompromising political agenda. After all, when was the […]

Scalia on Restoring Constitution: ‘I Don’t Know That I’m Optimistic’

(CNSNews.com) – Supreme Court Justice Antonin Scalia said recently that–“especially after last term”–he does not know if he is confident the Constitution can be restored to its original meaning. He likened his own efforts to do so to the character “Frodo” in the Lord of the Rings, who fights the good fight not certain he […] 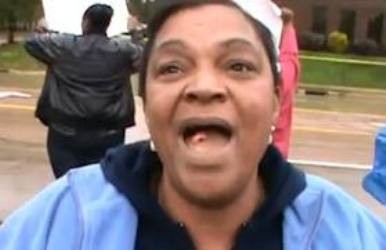 Welcome to the dependent states of America

BY: JOSH BERNSTEIN If the most successful business executive to ever run for president can’t get elected with 23 million people out of work and an 8 percent unemployment rate, than it’s over. No incumbent President in history has won reelection under those conditions. Mitt Romney didn’t just lose an election, America lost its foundation. This is the new America. […]