Side Effects: Number of Waivers Grows As a Result of Obamacare Authors’ Sloppy Handiwork

Jamie Dupree recently reported for the Atlanta Journal-Constitution that the number of waivers granted by the Obama Administration for a certain provision in the new health care law has now reached 222. That’s double the amount of just three weeks ago. The waivers apply to a provision of Obamacare prohibiting annual limits on health plans. […] 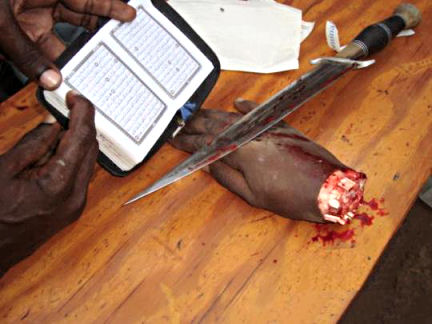 By. Dr Williams– A new poll from the Pew Research Center shows the majority of the world’s Muslims want to be governed by an intransigent interpretation of Islamic law (sharia), and condone the stoning of women as a punishment for alleged adultery. The same majority favor hand amputation for thieves and the death penalty for […] 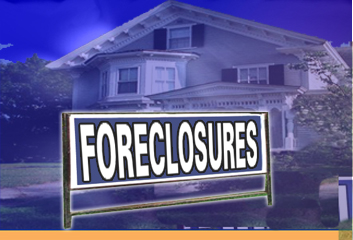 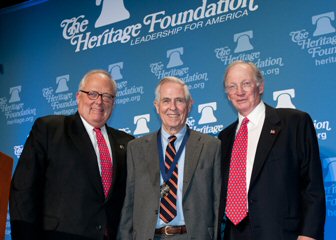 James L. Buckley, the former U.S. senator and federal judge who for 40 years advanced the conservative cause in all three branches of the federal government, last night received the Clare Boothe Luce Award, which is The Heritage Foundation’s highest honor for contributions to the movement. “Jim Buckley has devoted his life to defending the […]

Latest: Two explosions in central Stockholm Saturday were a “terrorist” attack, Swedish Foreign Minister Carl Bildt said in a message sent from his Twitter account. STOCKHOLM — Two explosions shook central Stockholm on Saturday, killing one person and injuring two, rescue officials said. What appeared to be a Middle Eastern man, blew himself up at […]

The adamant refusal of the Chinese Communist government to allow Liu Xiaobo to travel to Oslo to receive the 2010 Nobel Peace Prize is more than disgraceful—it is a flagrant violation by the Chinese regime of the Universal Declaration of Human Rights adopted by the UN General Assembly, including China. Liu Xiaobo is only the […]

The events of Election Day will ultimately polarize Congress and affect the conservative policy agenda being debated and passed by lawmakers. Although Republicans were launched into power in the House, the more conservative Democratic Caucus, known as the Blue Dog Democrats, lost power by losing several of its more conservative members.  Add to that many […]

The tax bill (still being drafted in secret) is becoming a lobbyist’s dream, just in time for Christmas. The Democrat opposition to President Obama’s compromise has increased the negotiating power of every Representative and Senator, especially the Democrats. The vote by the House Democrat Caucus to denounce the unwritten bill “in its current form” is […]

The oral arguments in the Supreme Court on Wednesday in U.S. Chamber of Commerce v. Whiting were an interesting mix of tap dancing, political correctness, and duplicity. In Whiting, the Chamber of Commerce sued the state of Arizona over its 2007 Legal Arizona Workers Act, which (1) authorizes the suspension and revocation of the business […]