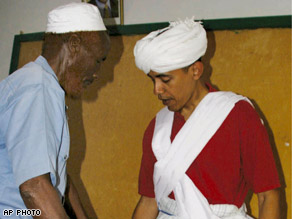 Anyone can look this up on Google, it exists! It’s a REAL word. Amish are also excluded. I think I could become Amish a whole lot easier than Muslim.

Word of the Day: Dhimmitude

Dhimmitude is the Muslim system of controlling non-Muslim populations conquered through jihad. Specifically, it is the TAXING of non-Muslims in exchange for tolerating their presence AND as a coercive means of converting conquered remnants to Islam.

The ObamaCare bill is the establishment of Dhimmitude and Sharia Muslim diktat in the United States . Muslims are specifically exempted from the government mandate to purchase insurance, and also from the penalty tax for being uninsured. Islam considers insurance to be “gambling”, “risk-taking” and “usury” and is thus banned. Muslims are specifically granted exemption based on this.

How convenient, Ann Barnhardt, a Christian, will have crippling IRS liens placed against all of her assets, including real estate, cattle, and even accounts receivables, and will face hard prison time because she refused to buy insurance or pay the penalty tax. Meanwhile, Louis Farrakhan will have no such penalty and will have 100% of his health needs paid for by the de facto government insurance. Non-Muslims will be paying a tax to subsidize Muslims. Period. This is Dhimmitude.

Dhimmitude serves two purposes: it enriches the Muslim masters AND serves to drive conversions to Islam. In this case, the incentive to convert to Islam will be taken up by those in the inner-cities as well as the godless Generation X, Y and Z types who have no moral anchor. If you don’t believe in Christ to begin with, it is no problem whatsoever to sell Him for 30 pieces of silver. “Sure, I’ll be a Muslim if it means free health insurance and no taxes. Where do I sign, bro?”

I recommend sending this link to your contacts. This is desperately important and people need to know about.