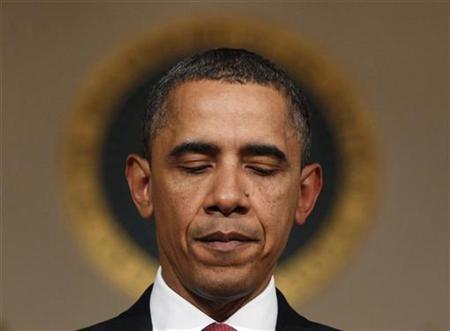 While most eyes are on Mubarak, they should be on Obama. By supporting the rioters and even supporting the Muslim Brotherhood, Obama is knifing two long time allies, Egypt and Israel, in the back. He is also undermining the US. Who will ever trust the word of the US in the future. America will rightly be seen as an untrustworthy ally. Goodbye South Korea. Goodbye Formosa.

Mohamed Ghanem, one of the leaders of the Muslim Brotherhood in Egypt, calls Egypt to stop pumping gas to Israel and prepare the Egyptian army for a war with it’s [sic] eastern neighbor.Speaking with Iranian television station Al-Alam, Mohamed Ghanem blamed Israel for supporting Hosni Mubarak’s regime. Ghanem also said that the Egyptian police and army won’t be able to stop the Muslim Brotherhood movement….

Ever since Obama took office he cozied up to Hamas as my article Obama and Hamas makes clear.

Now his is cozying up the the Muslim Brotherhood and is open to it being in the new Coalition government.

Obama Egypt Strategy Could Place US at Risk

[..] Most observers fear that the U.S. efforts to encourage the protest movement will lead to a behind-the-scenes takeover by the Muslim Brotherhood, the long-outlawed Islamist movement responsible for the assassination of Mubarak’s predecessor, Anwar Sadat, and that spawned Ayman al-Zawahri, No. 2 of al-Qaida.Such a takeover in fact may be Obama’s intention, just as his intention during the post-election protests in Iran was to support the regime in place because he saw it as a potential partner in resolving the Iranian nuclear crisis.

The Obama administration has taken numerous steps over the past two years to convince the Muslim Brotherhood that this White House no longer views them as an enemy.

Two months before Obama’s June 2009 speech in Cairo, where he offered a “new beginning” to Muslims in their relations to the United States, he welcomed two members of the Egyptian group to the White House for quiet political consultations, according to the Egyptian army newspaper, Al Masry al-Ayoum.

He also lifted a ban on travel to the United States on Tariq Ramadan, a prominent Islamist scholar who is the grandson of the founder of the Brotherhood, and went out of his way to invite Muslim Brotherhood members of Egypt’s parliament to attend his Cairo speech.

During the April 2009 White House meeting, the unnamed Muslim Brotherhood leaders reassured Obama that a Muslim Brotherhood government in Egypt would “abide by all agreements Egypt has signed with foreign countries,” according to the Egyptian newspaper account. They also said they favored democracy and would support the U.S.-led war on terror.

But similar statements by Muslim Brotherhood in the past have regularly been parsed to mean the exact opposite of what they appeared to mean on the surface.

For example, the Muslim Brotherhood does not recognize Israel as a country, so their pledge to abide by Egypt’s agreements with “foreign countries” does not apply to Egypt’s peace treaty with Israel.

Similarly, the Muslim Brotherhood does not consider groups such as Hamas and Hezbollah to be terrorist organizations, and calls al-Qaida attacks on U.S. servicemen in Iraq and Afghanistan acts of legitimate resistance against a foreign occupier.

Kadar had warnings for the Israeli Embassy: “If the Muslim Brotherhood takes over in Egypt, it means the end of the peace treaty [with Israel], and the life expectancy of the Israeli Embassy in Cairo will be calculated in minutes.”

Obama is more dangerous to America than Carter was.

JERUSALEM (Reuters) – If Egypt’s President Hosni Mubarak is toppled, Israel will lose one of its very few friends in a hostile neighborhood and President Barack Obama will bear a large share of the blame, Israeli pundits said on Monday.Political commentators expressed shock at how the United States as well as its major European allies appeared to be ready to dump a staunch strategic ally of three decades, simply to conform to the current ideology of political correctness.

One comment by Aviad Pohoryles in the daily Maariv was entitled “A Bullet in the Back from Uncle Sam.” It accused Obama and his Secretary of State Hillary Clinton of pursuing a naive, smug, and insular diplomacy heedless of the risks.

Who is advising them, he asked, “to fuel the mob raging in the streets of Egypt and to demand the head of the person who five minutes ago was the bold ally of the president … an almost lone voice of sanity in a Middle East?”

“The politically correct diplomacy of American presidents throughout the generations … is painfully naive.”

Obama on Sunday called for an “orderly transition” to democracy in Egypt, stopping short of calling on Mubarak to step down, but signaling that his days may be numbered.

“Jordan and Saudi Arabia see the reactions in the West, how everyone is abandoning Mubarak, and this will have very serious implications,”

“The question is, do we think Obama is reliable or not,” said an Israeli official, who declined to be named.

“Right now it doesn’t look so. That is a question resonating across the region not just in Israel.”

To win popular Arab opinion, Obama was risking America’s status as a superpower and reliable ally.

“Throughout Asia, Africa and South America, leaders are now looking at what is going on between Washington and Cairo. Everyone grasps the message: “America’s word is worthless … America has lost it.”

No More Mines: Knesset to Vote on De-Mining Israel

The Knesset's Defense Committee gave its approval to a law to de-mine Israel on Tuesday. More than 70 MKs have...