While Americans were celebrating Osama Bin Laden’s death, forming cheering crowds near the White House and Manhattan’s Ground Zero, Islamic supporters of jihad both on the ground and on-line had a very different take on the terror leader’s death. 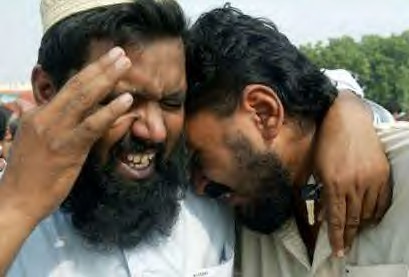 An official of Hamas, the Palestinian militant group that runs Gaza, condemned the killing, telling reporters that Bin Laden was “an Arab holy warrior.” The Pakistani Taliban threatened retaliation against the U.S. and Pakistani officials.

Some Ana Muslim’s readers didn’t want to accept the initial reports of his death because of the source, warning others not to trust the “reports of the Western media,” and counseling that supporters of jihad should wait for a statement from the mujahideen.

One claimed that there had been heavy fighting, with American casualties, while another said the two helicopters that came for him had both been downed and “all the infidels that were in them had been killed.”

Those who accepted his death tried to take solace in the image of Bin Laden dying with guns blazing.

“Bin Laden fought until he was killed,” said a poster, “which means [he died] an honorable Islamic death.”

“The sorrow is deep,” wrote another, “for this is Osama and not just anyone. More valuable to us than our sons, may Allah rest his soul.”

The pictures of Americans dancing in the streets irked Muslims.

“There are pictures of the American pigs on television as they celebrate in front of the White House,” wrote an angry Ana Muslim user.

But others were already looking ahead, to jihad after the death of its best known Muslim leader.

“Another lion will take Osama’s place,” wrote one poster, reassuring his comrades. “We are all Osama, we are Muslims.” 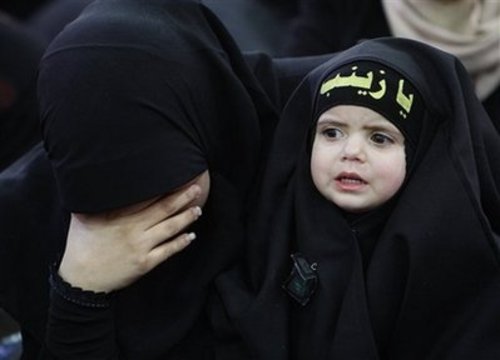 In Kandahar, Afghanistan, the birthplace of the Taliban, a Reuters reporter talked to a man who said that Bin Laden’s death had only made him stronger.

“Now he is the number one martyr for Al Qaeda,” said the man. “Now he will become a fire that Muslims will follow for generations.”

Another man told Reuters, “Bin Laden’s death doesn’t matter because Al Qaeda is more than him and it’s a big idea now.”