The Obama administration will begin to tap federal retiree programs to help fund operations after the government lost its ability Monday to borrow more money from the public, adding urgency to efforts in Washington to fashion a compromise over the debt. 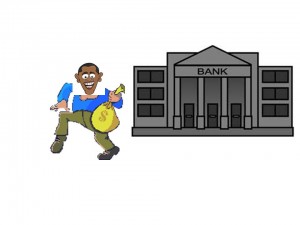 Treasury Secretary Timothy F. Geithner has warned for months that the government would soon hit the $14.3 trillion debt ceiling — a legal limit on how much it can borrow. With that limit reached Monday, Geithner is undertaking special measures in an effort to postpone the day when he will no longer have enough funds to pay all of the government’s bills.

Geithner, who has already suspended a program that helps state and local government manage their finances, will begin to steal from retirement funds for federal workers. They claim the measure won’t have an impact on retirees because the Treasury is legally required to reimburse the program, although where they will get the money is unknown.

The Maddoff like maneuver buys Geithner only a few months of time. If Congress does not vote by Aug. 2 to raise the debt limit, Geithner says the government is likely to default on some of its obligations, which he says would cause enormous economic harm and the suspension of government services, including the disbursal of Social Security funds.

Many congressional Republicans, however, have been skeptical that breaching the Aug. 2 deadline would be as catastrophic as Geithner suggests. What’s more, Republican leaders are insisting that Congress cut spending by as much as the Obama administration wants to raise the debt limit, without any new taxes. Obama is proposing spending cuts and tax increases to rein in the debt.

“Everything should be on the table, except raising taxes,” House Speaker John Boehner (R-Ohio) said on CBS’s “Face the Nation.” “Because raising taxes will hurt our economy and hurt our ability to create jobs in our country.”

The Obama administration has warned that it is dangerous to make a vote on raising the debt limit contingent on other proposals. But Boehner is demanding that Congress use the debt vote as a way to bring down government spending.

“I’m ready to cut the deal today,” Boehner said. “We don’t have to wait until the 11th hour. But I am not going to walk away from this moment. We have a moment, a window of opportunity to act, because if we don’t act, the markets are going to act for us.”

Geithner’s plan to steal funds from federal retiree programs as a temporary means to avoid a government default comes as the Obama administration has shown growing interest in altering those programs to curb the debt in the long run.

Administration officials have expressed interest in raising the amount that federal employees contribute to their pensions, sources told The Washington Post.

The Republicans have suggested that the civilian workforce contribute more to its retirement in the future, effectively trimming 5 percent from salaries. The administration has not been willing to go that far in talks being led by Vice President Biden.

Treasury secretaries have tapped special programs to avoid default six times since 1985. The most protracted delay in raising the debt limit came in 1995 after congressional Republicans swept to power during the Clinton administration.

But today, the government needs far more money to cover its obligations than in the past, making the special measures less effective than they used to be. The government needs about $125 billion more a month than it takes in each month.

In a letter released last week to Sen. Michael Bennet (D-Colo.), Geithner wrote that a default would risk a “double-dip” recession.

“Default would not only increase borrowing costs for the federal government, but also for families, businesses and local governments — reducing investment and job creation throughout the economy,” Geithner wrote.

But several prominent congressional Republicans have dismissed the Obama administration’s assertion that the country would face dire consequences if Congress does not vote to raise the federal limit on government borrowing by August. Many of the skeptics are affiliated with the tea party.

In the Senate, freshman Sen. Pat Toomey (R-Pa.) has said the Obama administration has been exaggerating the effects of hitting the default mark. He says breaching the limit would cause only a partial government shutdown.

Other freshman Republicans have said that Geithner could raise money to avoid defaulting by selling investments in private companies. The Republican Study Committee, which represents more than 150 lawmakers, sent a letter to Geithner last week pressing for more details about the Aug. 2 deadline

In Case You Missed It:  We warned of a global supply chain disruption, and now it's here: Workers who keep things moving are now sounding the alarm that a "systemic collapse" is too close for comfort
Posted in Freedoms and tagged Debt, Deficit, Economy, Obamanomics, Treasury, United Socialist States of America.

A United States citizen has alleged that police in Dubai tortured him, just one month after a British tourist died...