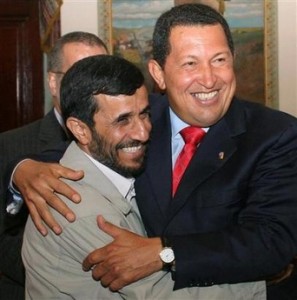 BERLIN – The Iranian government is moving forward with the construction of rocket launch bases in Venezuela, the German daily Die Welt wrote in its Thursday edition.

Iran is building intermediate- range missile launch pads on the Paraguaná Peninsula, and engineers from a construction firm – Khatam al-Anbia – owned by the Revolutionary Guards visited Paraguaná in February. Amir al-Hadschisadeh, the head of the Guard’s Air Force, participated in the visit, according to the report. Die Welt cited information from “Western security insiders.”

The rocket bases are to include measures to prevent air attacks on Venezuela as well as commando and control stations.

The Iranian military involvement in the project extends to bunker, barracks and watch tower construction. Twenty-meter deep rocket silos are planned. The cost of the Venezuelan military project is being paid for with Iranian oil revenue. The Iranians paid in cash for the preliminary phase of the project and, the total cost is expected to amount to “dozens of millions” of dollars, Die Welt wrote.

The Paraguaná Peninsula is on the coast of Venezuela and is roughly 120 kilometers from America’s main South American partner, Columbia.

According to Die Welt, the clandestine agreement between Venezuela and Iran would mean the Chavez government would fire rocket at Iran’s enemies should the Islamic Republic face military strikes.

Meanwhile the German press agency (DPA) reported on Friday that Germany will not contest the placement of the Hamburg- based European- Iranian Trade Bank (EIH) on the EU sanctions list at the end of the month. The US Treasury Department sanctioned the EIH last year, saying it was one of the most important institutions in Europe for financing Iran’s missile and nuclear proliferation programs. Germany was the subject of criticism from American, French, British and Israeli officials because it refused to shut the EIH.

The EIH plays a crucial role in facilitating financial transactions for midsize German firms that are active in Iran. German- Iranian total trade amounted to over 4 billion euros in 2010, making German Iran’s No. 1 EU trade partner.

Earlier this year, the last veteran of World War I died at the age of 110. It’s hard to...