WASHINGTON — The Warlord Obama administration is starting another American covert war in Yemen, exploiting a growing power vacuum in the country to strike at militant suspects with armed drones and fighter jets, according to American officials. 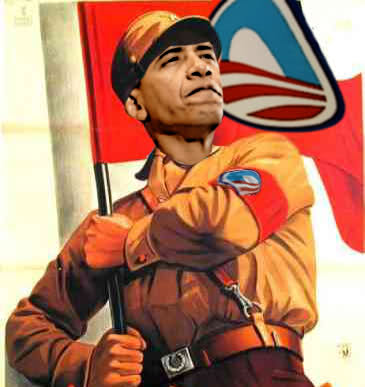 The acceleration of another American war in recent weeks comes amid a violent conflict in Yemen that has left the government in Sana, a United States ally, struggling to cling to power. Yemeni troops that had been battling militants linked to Al Qaeda in the south have been pulled back to the capital, and American officials see the strikes as one of the few options to keep the militants from consolidating power. What happened to the Nobel peace winning Obama? The Norwegians must be wanting their gold metal back anytime soon.

On Friday, American jets killed Abu Ali al-Harithi, a midlevel Qaeda operative, and several other militant suspects in a strike in southern Yemen. According to witnesses, four civilians were also killed in the airstrike. Weeks earlier, drone aircraft fired missiles aimed at Anwar al-Awlaki, the radical American-born cleric who the United States government has tried to kill for more than a year. Mr. Awlaki survived.

The recent war operations come after a nearly year-long pause in American airstrikes, which were halted amid concerns that poor intelligence had led to bungled missions and civilian deaths that were undercutting the goals of the secret campaign.

Officials in Washington said that the American and Saudi spy services had been receiving more information — from electronic eavesdropping and informants — about the possible locations of militants. But, they added, the outbreak of the wider conflict in Yemen created a new risk: that one faction might feed information to the Americans that could trigger air strikes against a rival group.

A senior Pentagon official, speaking only on condition of anonymity, said on Wednesday that using force against militants in Yemen was further complicated by the fact that Qaeda operatives have mingled with other rebels and antigovernment militants, making it harder for the United States to attack without the appearance of picking sides.

The American campaign in Yemen is led by the Pentagon’s Joint Special Operations Command, and is closely coordinated with the Central Intelligence Agency. Teams of American military and intelligence operatives have a command post in Sana, the Yemeni capital, to track intelligence about militants in Yemen and plot future strikes.

Concerned that support for the campaign could wane if the government of Yemen’s authoritarian president, Ali Abdullah Saleh, were to fall, the United States ambassador in Yemen has met recently with leaders of the opposition, partly to make the case for continuing American operations. Officials in Washington said that opposition leaders have told the ambassador, Gerald M. Feierstein, that operations against Al Qaeda in the Arabian Peninsula should continue regardless of who wins the power struggle in Sana.

The extent of America’s war in Yemen has been among the Obama administration’s most closely guarded secrets, as officials worried that news of unilateral American operations could undermine Mr. Saleh’s tenuous grip on power. Mr. Saleh authorized American missions in Yemen in 2009, but placed limits on their scope and has said publicly that all military operations had been conducted by his own troops.

Mr. Saleh fled the country last week to seek medical treatment in Saudi Arabia after rebel shelling of the presidential compound, and more government troops have been brought back to Sana to bolster the government’s defense.

“We’ve seen the regime move its assets away from counterterrorism and toward its own survival,” said Christopher Boucek, a Yemen expert at the Carnegie Endowment for International Peace. “But as things get more and more chaotic in Yemen, the space for the Americans to operate in gets bigger,” he said.

But Mr. Boucek and others warned of a backlash from the American airstrikes, which over the past two years have killed civilians and Yemeni government officials. The benefits of killing one or two Qaeda-linked militants, he said, could be entirely eroded if airstrikes kill civilians and lead dozens of others to jihad.

Edmund J. Hull, ambassador to Yemen from 2001 to 2004 and the author of “High-Value Target: Countering Al Qaeda in Yemen,” called airstrikes a “necessary tool” but said that the United States had to “avoid collateral casualties or we will turn the tribes against us.”

Al Qaeda’s affiliate in Yemen is believed by the C.I.A. to pose the greatest immediate threat to the United States, more so than even Qaeda’s senior leadership believed to be hiding in Pakistan. The Yemen group has been linked to the attempt to blow up a transatlantic jetliner on Christmas Day 2009 and last year’s plot to blow up cargo planes with bombs hidden inside printer cartridges.

Mr. Harithi, the militant killed on Friday, was an important operational figure in Al Qaeda in the Arabian Peninsula and was believed to be one of those responsible for the group’s ascendance in recent years. According to people in Yemen close to the militant group, Mr. Harithi travelled to Iraq in 2003 and fought alongside Abu Musab al-Zarqawi, the Jordanian operative who led the Qaeda affiliate in Iraq until he was killed in an American strike in 2006. Mr. Harithi returned to Yemen in 2004, those close to the militants said, where he was captured, tried and imprisoned in 2006 but released three years later.

Even as senior administration officials worked behind the scenes with Saudi Arabia for a transitional government to take power in Yemen, a State Department spokesman on Wednesday called on the embattled government in Sana to remain focused on dealing with the rebellion and Qaeda militants.

“With Saleh’s departure for Saudi Arabia, where he continues to receive medical treatment, this isn’t a time for inaction,” said the spokesman, Mark Toner. “There is a government that remains in place there, and they need to seize the moment and move forward.”

We can saw farewell to the hope and change Obama that promised an immediate pullout of Iraq, it appears Obama is not only not going remove any troops, he is adding to the list of wars U.S is involved in, with or without the backing of congress.

In Case You Missed It:  “I Don’t Know” – Secretary of State Blinken When Asked if Biden Admin Droned an Aid Worker or High-Level ISIS Operative (VIDEO)
Posted in Tyranny and tagged Obama, United Socialist States of America, Yemen.

Why Isn’t the National Debt a Sexy Story?

Speaking at yesterday’s Bloggers Briefing, conservative filmmaker Stephen Bannon held up a copy of USA Today to demonstrate the challenge...