Russian security serves have foiled a plot by a group of Islamists to blow up a high-speed train running between Moscow and Saint Petersburg, the Kommersant business daily said Monday. 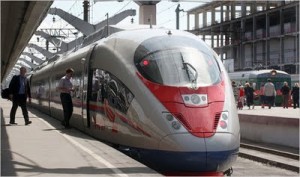 A blast on the same route that authorities blamed on Muslim rebels killed 26 people in November 2009.

The respected daily said the group of North Caucasus-based Muslim militants had already prepared a fertilizer bomb and were in the closing stages of their operation when they were arrested by Federal Security Service (FSB) agents.

FSB chief Alexander Bortnikov on July 18 reported to President Dmitry Medvedev that his service had averted a “major terror act” in the Moscow region in the preceding days.

Bortnikov added at the time that militants had plans to target public places and “transport infrastructure” in the Moscow region.

Russia is battling a Muslim insurgency in the North Caucasus, and suicide and other attacks have returned to the Russian capital in recent years.

Russia’s leading Islamist rebel Doku Umarov in February vowed to make 2011 “a year of blood and tears” and has claimed most recent attacks.

News Flash: Pakistan is NOT a U.S. Ally

U.S. media commentators acted with surprise about reports that Pakistani officials may have given the Chinese access to the downed...