Since 2004 until last month a Pentagon course for U.S. military officers taught that Islam — as opposed to al-Qaeda — is the true enemy of America and that a “total war” against Muslim cities without regard for civilians would be necessary to protect American interests, as reported by Noah Shachtman and Spencer Ackerman of Wired. 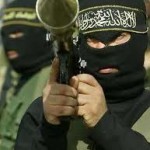 The course at the Defense Department’s Joint Forces Staff College — which teaches mid-level officers and government civilians about planning and executing war — was suspended last month after a student told Joint Chiefs Chairman Gen. Martin Dempsey that he objected to the material.

Here’s an excerpt from a July 2011 presentation by instructor Lt. Col. Matthew A. Dooley:

“This model presumes Geneva Convention IV 1949 standards of armed conflict and the pursuant UN endorsements of it are now … no longer relevant or respected globally. This would leave open the option once again of taking war to a civilian population wherever is necessary (the historical precedents of Dresden, Tokyo, Hiroshima, Nagasaki being applicable to the Mecca and Medina destruction DP in Phase III).”

Many of the officers who took the class now have higher-level assignments throughout the military. Gen. Dempsey called the course “objectionable” and “academically irresponsible,” but also said that Dooley is still employed (although no longer teaching) at the college.

In Case You Missed It:  9-11-2001 NEVER FORGET
Posted in Terrorism and tagged Islam, Muslims, Terrorism.

JPMorgan Chase’s announcement that it has lost $2 billion in a failed hedge strategy sent shock waves through the financial...