Politico ran a story essentially summing up what has been obvious for the past couple of weeks: Republicans now believe that their candidate Mitt Romney has a genuine shot at winning the presidency. 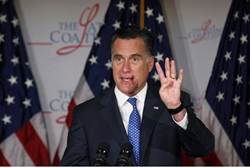 It is worth recalling that Republicans had despaired of their chances back in March when the primaries were still in full swing; some had even suggested a form of triage, where Republicans would concentrate on winning both houses of Congress while resigning themselves to a second term for Barack Obama at the White House.

The Republicans feared that Romney’s reputation had been irretrievably damaged by the primaries and even if this political invalid could manage to stand up, he would be merely smacked down again by the legendary Obama campaign organization and fundraising juggernaut.

A billion-dollar Obama reelection campaign would be channeled into the mother of all negative campaigns, totally obliterating Romney. The Democrats and their allies in the media constantly projected the November elections as a done deal – and this was no mere bravado.

Now the tone among liberal commentators has become more circumspect and one can even spy columns such as “Why Obama is Losing”, or another on the need for Obama to move to the middle etc. There is no panic yet but the triumphalism is gone.

The first thing that the Republicans have learned is that the Obama campaign is not as invincible and overwhelmingly funded as they feared.

The Obama evolution on same-sex marriage showed that the Obama strategists can miscalculate. Barack Obama’s support for same-sex marriage has hurt him politically, while failing to establish him as a courageous statesman.

Obama effectively united the Republican base and insured that Romney will not have to constantly soothe that base, but he is free to pursue the political center and the undecided.

The conservative base may not turn out en masse due to enthusiasm for Romney, but due to animus towards Obama.

If the Obama campaign is not 10 feet tall, the Romney campaign is not a midget either. Even during the troubled primary season, it was well organized and exuded an aura of competence. A campaign organization reflects on the nominee’s competence and therefore if the campaign looks good, the candidate also wins approval. In the reverse case, the public wonders how a person who cannot run a decent campaign can run the country.

In the fundraising derby, the Republicans have done much better than they expected, while the Democrats are doing less well.

Romney has not wilted under the first negative barrages, while the Obama campaign appears to be tailored for a challenger rather than an incumbent.

The economy remains the major issue and the polls are consistent in establishing that this is Romney’s strong point – as opposed to the 2008 campaign, where the economy was an albatross around the Republican neck.

All this is showing up in the polls, revealing Obama and Romney running neck and neck in the race. It is likely to remain competitive till the finish.

In this race, Romney may not be the thoroughbred of Republican hopes, but neither is he the dead horse of their fears.

Iran on Thursday rejected the proposal from the P5+1 in talks over its controversial nuclear program. Tehran and the P5+1...