Iranian Vice President Hassan Mousavi said Monday that the drought in southern Iran is part of a “soft war” launched against the Islamic Republic by the West, Fars news agency reported. 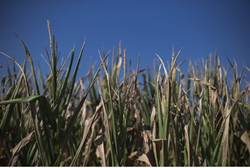 “I am suspicious about the drought in the southern part of the country,” Mousavi, who also heads Iran’s cultural heritage and tourism organization, said at a ceremony to introduce the nation’s new chief of meteorological department.

“The world arrogance and colonist (term used by Iranian authorities to label the West) are influencing Iran’s climate conditions using technology… The drought is an acute issue and soft war is completely evident… This level of drought is not normal.”

Iran has experienced several droughts in recent years, especially in the south where it was hit in recent weeks by violent sand storms that engulfed several cities, noted AFP.

Last year, Iranian President Mahmoud Ahmadinejad accused Western countries of devising plans to “cause drought” in Iran, adding that “European countries are using special equipment to force clouds to dump” their water on their continent.

Iranian leaders claim, on a daily basis, that Western countries devise “plots” in efforts to undermine the regime and obstruct its development.

With the commander in chief refusing to address the crippling, automatic cuts to national defense scheduled to start on January...