The Italian authorities have capitulated to hatred. 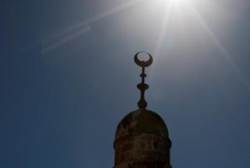 Last week Italian education minister Francesco Profumo proposed that Islam be taught in public schools alongside the traditional teaching of Catholicism, while Bishop Mariano Crociata, secretary general of the Italian Episcopal Conference, announced that the Vatican is in favor of building new mosques in Italy.

Tthe European Bishops met with European Muslims in Turin to proclaim the need for the “progressive enculturation of Islam in Europe”.

And it began when thousands of Muslims marched in front of Milan’s Duomo to protest against Operation Cast Lead in Gaza, burning Israeli flags and chanting anti-Jewish slogans, Joaquin Navarro-Valls, John Paul II’s spokesman for 22 years, defended the “freedom of expression” of the Muslims who burned the Star of David.

Now, Sheikh Abu Iyad is the major Islamist wanted for the terror attack against the US consultate in Benghazi, Libya. It was just been discovered that two of his handmen are Sami Essid Ben Khemais and Mehdi Kammoun. They both lived in Italy between Milano and Gallarate and they spent seven years in Italian prisons for terrorism.

Italy leads the ranking in Europe as paradise for “martyrs”, imams of hatred and terrorists involved in major terror attacks.

Twenty-nine of the suicide bombers in Iraq and Afghanistan came from Italy.

Eight of the terrorists jailed in Guantanamo Bay are Italians.

Hussien Saber Fadhil, who has been called “the caliph”, is the Iraqi arrested in Venice and considered the Italian link with al Qaeda. He sent money to the Palestinian Arab terror groups as well.

The most well known “Italian” terrorist is Abu Farid Al Masri, the suicide bomber who destroyed the United Nations’ building in Baghdad in 2003, killing dozens of civilians.

From Milan came Kamal Morchidi, who blew himself up at the Rashid Hotel in Baghdad, nearby killing then-US undersecretary Paul Wolfowitz.

The southern island of Sicily is about to become the site of a shining new multi-million euro mega-mosque paid for by Qatar.

The Mosque of Rome, which accommodates more than 12,000 people, is one of the largest mosques in Europe. It is there that the imam, an Egyptian Islamist, was suspended after preaching Jihad.

There are now an estimated 500 mosques in Italy, and 70 % of these are controlled by the Muslim Brotherhood, not to mention thousands of informal Islamic prayer centers and Koranic schools.

In Italy, a new Islamic place of worship is established on the average of every 4 days.

And every week there are new episodes of violence against Muslim women committed in the name of Sharia, the Islamic law:

Bouchra, 24, was stabbed to death in Verona by her husband because she refused to wear the veil and was living “like a Westerner”;

Kabira, 28, was stabbed to death by her husband, because she wanted to wear “Western clothes”;

Darin Omar was killed by her husband because she had got a job in a call center;

Hina Salem was suffocated with a plastic bag by the family, beheaded and buried with her head facing La Mecca because she dated an Italian boy and refused a forced marriage;

Saamali Fatima was killed on a highway at Aosta;

Malka, 29, was strangled by her husband for her “Western” habits;

Fatima, 20, was stabbed to death by her boyfriend for being “too independent”;

Sobia was poisoned by family members;

Naima was stabbed by her husband because she wanted back her children seized in Morocco;

Fouzia was strangled by her husband under the eyes of their three year old daughter, her body abandoned in a public garden, because she had begun to follow a “modern lifestyle”;

Sanaa Dafan was slaughtered by his father in Pordenone for a relationship with an Italian boy;

Amal, 26, beaten by her husband simply because she wanted to go to the hairdresser.

Anti-Semitism grows alongside this horrible “multiculturalism”.

The Italian branch of the Muslim Brotherhood released a version of the Koran that contains remarks describing Jews as morally duplicitous and as a people of rejects and swindlers. In several of the footnotes interpreting the text, the commentator, an Italian convert to Islam, suggested Jews are responsible for their own misfortunes and accuses them of being “champions of moral duplicity” who consider as  “acceptable any wickedness toward non-Jews”.

Meanwhile, the Italian judges are apologetic about hatred. Ucoii, the largest Islamic organization in Italy, published an ad in many mainstream newspapers entitled “Nazi Bloodshed Yesterday, Israeli Bloodshed Today”. An Italian court ruled that the Nazification of Israel came under “freedom of expression” and was not a case of incitement to hatred.

Islam grows in a vacuum, a demographic black hole. Antonio Golini, one of Europe’s top demographers and author of The Demographic Malaise in Italy, announced that “Italians will be extinct within the next 200 years”.

Italy is the first country in the world to experience what is known as “the crossing-over,” where the number of people who are over 60 exceeds the number of those who are under 20. The number of births has been outpaced by the number of deaths every year since 1994. Already now, 22% of Italy’s population is on a pension, one of the highest rates in the world, and the country devotes 15% of its gross domestic product to pensions—more than any other European nation.

Young children are disappearing from Italy. According to the U.N.’s Population Division, by 2050 they will account for a mere 2.8% of the Italian population. “Democracies are governed by demography”, explained James Vaupel, director of the Max Planck Institute for Demographic Research in Germany. “If birth rates stay low, Italy’s population could be 10 million at the end of the twenty-first century”, a sixth of the population today.

The population drop is concentrated in the richest parts of the country, where Islam is also growing more rapidly.

Milan has one of the lowest birthrates in the world and in its parks you may meet women with dogs, but rarely with children. Or Bologna, Italy’s city of learning par excellence, where women give birth to an average of fewer than one child.

Bologna has more highly educated women than any other region in the country, and it’s the capital of liberal politics and academics. The living is easy, the food is the finest in all of Italy, and mannequins clad in luxury outfits adorn the medieval sidewalks.

But there are more empty churches here than babies, while the Muslim Brotherhood is now seeking to build another mega mosque.

By 2050, 60% percent of Italians will have no brothers, no sisters, no cousins, no aunts and no uncles. The Pope’s city could be the stage for the sequel of “Children of Men”, the movie that sketched a sterile, dystopian world without babies. That is where,today, security guards are patrolling the streets near Jewish school with metal detectors, searching for possible explosive devices, the school’s pupils protected by bodyguards and cameras, its windows plumbed with iron grates.

And meanwhile, for the first time in Italy’s history, a muezzin has  just called his followers to prayer from a minaret in Milan.

The writer, an Italian journalist with Il Foglio, writes a twice-weekly column for Arutz Sheva. He is the author of the book “A New Shoah”, that researched the personal stories of Israel’s terror victims, published by Encounter. His writing has appeared in publications such as the Wall Street Journal, Frontpage and Commentary and the Israeli media. He is at work on a book about the Vatican and Israel.

The Nortax: How To Explain Uncle Sam’s Entitlement Crisis To A Child (VIDEO)